Terry has been reading The Last Meridian by Joe Hefferon 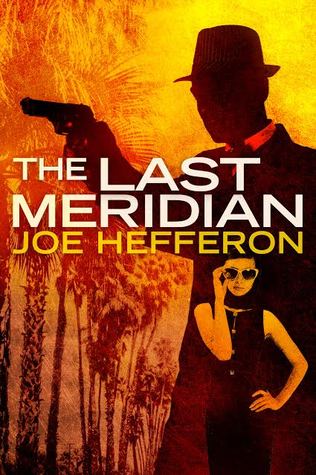 THE LAST MERIDIAN by Joe Hefferon

‘The past is a stone – you can carry it around with you, or you can step up on it to see what’s coming over the next hill’.

The Last Meridian is a crime novel set in the 1960s, in the ‘noir’ sub-genre; it’s not one I’ve explored before, and somewhere near the beginning I realised I should read it out loud, leaning against a lamp-lit wall down a dark alley, wearing a fedora and smoking a French cigarette.  I imagined this; it really did make the dialogue work!

In the first chapter in 1948, a girl drives away from Illinois, along Route 66, heading for LA.  We don’t know why, but Lynn becomes Nina, and starts a new career as an interior designer for the stars. Meanwhile, back in 1965, a man associated with the underworld is murdered, and the murder is witnessed by the teenage son of the victim’s girlfriend.  Nina’s involvement in this is one I didn’t guess at all, and, as the mother of the boy tries to save her son, a private detective called CS and a journalist/writer called Jimmy are brought in, centre stage.

The book took a short while to gel for me as there are a lot of characters to remember, at the beginning, but before 10% I’d settled into the back-and-forth-in-time structure, and begun to really enjoy it.  Mr Hefferon is masterful at creating atmosphere, and I loved the cynical, seedy crime/Hollywood characters.  I especially liked some of the short backstories; that of CS, and mother Larissa, in particular.  The character I found the most interesting was Jimmy, and I liked the extracts from his manuscript, and his philosophical pondering… ‘in some cross-layered way, each of us is the supporting cast for all of us … how do we arrive at the places where our lives mesh with the people we need for our own narrative?’.

…I liked the observations about the people, fashions and culture: ‘Beards, shaggy hair and abraded clothing were just becoming the craze of the anti-establishment, yet this juvenile bandito remained stuck in 1958, unconcerned with change.  He had chosen his look … he would wear it proudly until time and prison sucked the black from his mane’.

…about the locations: ‘No one with any style lives in Bakersfield … it’s all money and no pizazz.  What kind of claim is ‘Halfway to Fresno’?‘

….and about Nina’s dysfunctional marriage: ‘In a lovers’ paradox, they found each other attractive at different times, but never at the same time… it was a marriage of inconvenience’.

Joe Hefferon is an intelligent and talented writer, and I hope he is as proud of this clever and delightfully atmospheric novel as he should be.

The novel ends at around 90%, after which there is an author’s note, acknowledgements, and an excerpt from another novel from the same publishing company. 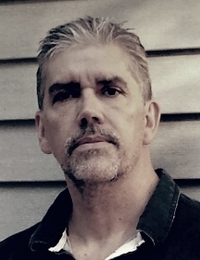