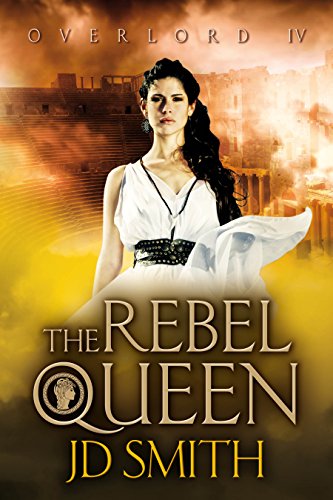 The Rebel Queen by J D Smith
My rating: 4 of 5 stars

The Rebel Queen is historical fiction and book #4 of The Overlord series set in ancient third century Syria.

It opens with a prologue from thirteen year old Zenobia, a confident young lady not averse to speaking her mind as she sits on the king’s council. Impressed by what he hears, King Odenathus takes Zenobia as his wife. Together they are strong rulers, keeping the Persians at bay, but ever aware of their Roman overlords.

Zenobia is clever and ambitious, giving her husband sons and fighting by his side. She also keeps trade routes open and makes friends in neighbouring countries. Everyone talks of the greed and corruption of Rome, and its downfall is predicted. Zenobia is determined to put the needs of the Syrian people before that of Rome.

Most of the story is told by Zabdas, Zenobia’s half-brother, as are the other books in the series. This is about a women known as the warrior Queen of Palmyra. The series is based on the true life story of Septimia Zenobia, a Syrian national hero.

This is the first book I have read in the series and the subject matter was very interesting, I know little about the Eastern Roman empire, but I got a real sense of the desert and the struggle for survival. Some chapters were told at a later date by Samira, Zabdas’s Granddaughter, so I assume there will be another book in the series where her role becomes central.

Overall, an interesting period in history. If this intrigues you, it might be worth starting with book #1 of the series and working through to get the full story of the Rebel Queen.

My name is Zabdas: a son, father, commander and confidant. I am a man born of invasion, a warrior in a forgotten land. I speak of history, of Rome and Syria, and relay the story of Zenobia: wife to the King, sister to me, mother to her country, daughter of the gods …

Syria is finally at peace. The war against the Persians is won and a triumph held in honour of King Odenathus’ victories. Whilst the east prospers, so the west crumbles as Emperor Gallienus struggles to maintain power.

Zenobia must play the game of politics, forge alliances and press her advantage no matter what, if she is to secure the east. Zabdas discovers his past, and battles both conscience and heart as he chooses paths that will change everything.

It is the year of death. The gods are watching and no one is safe. 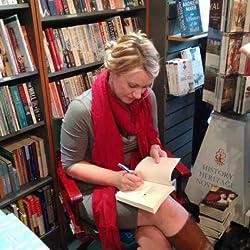 To the world of all things design and literary I’m JD Smith, to everyone else I’m just plain Jane. I’d like to think I’m not too plain – I love books and stories after all.

I am the author of several historical fiction novels, a member of the Triskele Books collective, editor of the writers’ ezine Words with JAM, and the readers’ review site Bookmuse.

I am also an award-winning book cover designer. I love books, both the physical and the words contained within. I’d like to think it was no surprise that I ended up immersing myself in the world of book design rather than marketing materials for corporate companies, but in many ways it was.

My office door is always open, although in its current state you will have to sit on a box of books if you wish to join me for a cup of tea.

I love cake. Just in case you were wondering.