Judith has been reading Fall Out by Lizzy Mumfrey 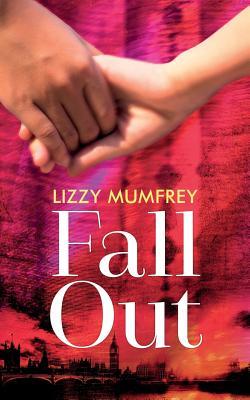 I read this book twice in consecutive sessions because I wasn’t sure how I felt about it. And I have to say that although I liked the idea of Fall Out (clever play on words with the title, by the way) and enjoyed certain parts  of the book, I struggled with it for so many reasons.

Don’t get me wrong; Lizzy Mumfrey can write, it’s a good plot and there are scenes that certainly bring a sense of empathy to the characters.The first chapter caught my attention straight-away with the introduction of the main character, Susie Cole. I was intrigued. But then we are immediately taken to another scenario with two other characters, Susie’s husband, Peter and his friend, Richard Hughes, who reveal the threat of terrorism that the world is under, the fact that Peter has achieved a high rank in the police force and that there will be a dinner party to celebrate this promotion.

On my second read it occurred to me that the first chapter would have worked well (better) as a Prologue. Because it’s quite some while until we actually discover why this foreshadowing of the whole plot is revealed.

There is then quite a long section giving the inner thoughts of the protagonist of how she sees herself and the people she will invite, and the menu for the meal. This not only slows the story down but there are also chunks of information dumps, giving descriptions of these other characters and their lives; their jobs, their houses, their children. Good depictions of them all but I would have liked them not to be in such detail and these passages are something that I feel would be better drip-fed into the story.

And these meticulous  narratives  through  Susie’s internal thoughts continue. I wanted to like her; her dialogue is as intrinsically slapdash (sometimes irritatingly so) as her lifestyle. And this is the whole crux of the plot; the way she is, is why she becomes the target of  “irrational suspicions, prejudice and misunderstandings lead to blame and persecution.”  It’s a brilliantly thought out  set of circumstances that is threaded throughout the book.

Sections of the book are told through the points of view of some of the other characters, though, and these gave a good insight to them, their backgrounds and their role in Fall Out. And they give an alternative understanding to their personalities than that of Susie’s.

But there are other situations  that I felt could be whole different novels and that I would have liked to have been explored and dealt with. Two such are those of the family stories of a couple of the students in the school: Ellie and, Charlie. Both from dysfunctional families. Charlie’s mother is absent; he’s a lonely lad struggling to survive and letting no one know he is on his one. And there is one point in Ellie’s story that brought me up short and I was waiting for it to develop. But, although it did hover around in the story, it got submerged by the larger plot.

And, perhaps, this is why I had some reservations about Fall Out; that there are so many brilliant, intriguing characters that I felt deserved their own stories.

And then there is the terrorist attack itself. Now I know the whole idea of the novel is the affect on the village of Charlton.  There are many evocative descriptions of the way the characters deal with the situations and of various places. And it is perfectly clear that life for the residents of Charlton will never be the same again. So, as this the crux of the book, it certainly succeeds.  But somehow I didn’t sense the devastating scenario to the whole country that followed such a traumatic event.

However, as I said earlier, I do like Lizzy Mumfrey’s writing and look forward to reading another of her books.

WHAT IF THE TIES THAT HOLD TOGETHER A COMMUNITY ARE IRREVOCABLY DESTROYED? The sociable commuter village of Charlton is an ordinary neighbourhood, typical of many, home to a colourful range of residents, many of whose teenagers go to the local academy. An ordinary day becomes extraordinary when a school trip to London coincides with an appalling terrorist attack and everyone’s cosy, humdrum life is shattered. The fallout affects every resident in dramatically different ways. Who lives and who dies is just the start – irrational suspicions, prejudice and misunderstandings lead to blame and persecution. Buried secrets are revealed, friendships fractured and trust destroyed. IS IT POSSIBLE THAT LIFE WILL NEVER BE NORMAL AGAIN. 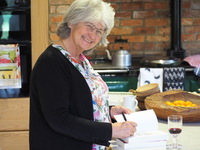 I am a Maid of Kent, born and brought up on a farm with my three older sisters in a quintessentially English community. An idyllic and cloistered childhood.
On leaving school I briefly went to Bristol University (I was asked to leave) and flew to London and had an irresponsible time doing all sorts of unsuitable and impetuous things. This included getting married and moving to the South West which proved to be rather rash. It didn’t last but I was blessed with my two fabulous, funny and brilliant girls so no regrets.
I worked stoically and extremely long hours for years in IT, clawing my way up the career ladder for financial advantage and to give my girls the best childhood that I could.
Meeting and marrying my beloved Bob changed my life and I became a full time farmer’s wife (full circle?). I indulged myself in charity fundraising and creating a life skills course for children with special needs. Bob and I had the made idea of crossing the Atlantic in a yacht – which we did – and then spent many happy years cruising around the Caribbean where I wrote a blog which got me writing again.
They say that everyone has a novel in them – I hope in my case more than one – and encouraged by my family I put pen to paper… and hence my debut novel, Fall Out. It has been a fantastic experience so the next one is being brewed.