Olga has been reading Devil In The Countryside by Cory Barclay 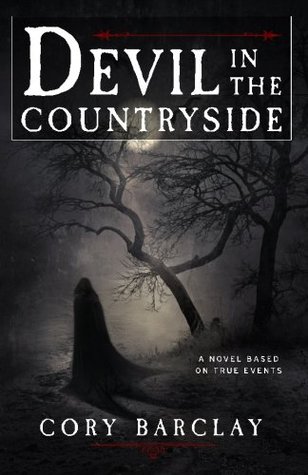 I write this review as part of Rosie’s Book Review Team. Thanks to Rosie Amber and to the author for offering me an ARC copy of this book that I freely chose to review.

This is a book based on a real case (although so many years later and with the few documents and written clues available it is difficult to know what might have been ‘real’ and ‘true’ at the time) that has all the elements to be a fabulous novel, or a TV investigative documentary, or a movie. You can check the Werewolf of Bedburg and you’ll find a lot of information (or rather, a bit of information elaborated upon and repeated everywhere, but not many different sources). It’s easy to understand why the author would become fascinated with the subject and I also see how a writer would feel that the bare bones of the case that can be found through research would make a great starting point to write a fully-fledged and fleshed-out story. And that is what the author decided to do. In such a case, decisions have to be made as to how close to keep to the facts (such as they are) and how many fictional elements should be introduced. With this particular story, there were also many possibilities with regards to genre. Should it be a historical novel, researching the place and times and fitting in the specifics of the story around the findings? Should it be a mystery/thriller, chasing and investigating an early example of a serial killer? Should it be a horror novel? Personally, I’m not sure what I would have done, but as a reader, this novel was not what I expected. This has probably more to do with me than with the book itself but, in my opinion, it tries to be too many things.

The novel has elements of historical fiction. The author explains, in an end note, who were the real characters, and who the ones he created, and also briefly exposes some of the liberties he took. The historical background and facts are fairly accurate (although if you research the story, it seems that the fate of the daughter was very different to the one in the book, that seems an attempt at introducing a romance and a happy ending of sorts, that, in my opinion, does not befit the subject), and one of the things that the author does very well is to reflect the conflict between Catholics and Protestants at the time, the atmosphere of deep suspicion and hostility, and the paranoia that permeated all levels of society, whereby nobody was safe and anybody could be betrayed and accused of being a follower of the wrong faith. The author uses modern language, a perfectly good choice to ensure more readers access the text, but there are anachronisms and expressions that felt out of place (and perhaps using a more neutral, rather than a very casual language would have been less jarring, as some expressions sounded particularly weird in such setting. We have references to teenager, an expression only in use in the XXc. , characters drink coffee whilst it was never introduced to Germany until the late part of the XVII century…). I also wondered about some of the characters’ actions. Sybil, a young girl who lost her mother and looks after her father and younger brother, challenges her father’s authority with no consequences, goes out by herself and does things I would have thought would be out of character (but I will try and not offer too many spoilers). Dieter is a young and pious priest that seems to change his faith and his mind practically overnight (no matter what he thought about the bishop, the religion he’d dedicated years to, one would expect it would mean more to him than that) as a result of falling in love at first sight (as there is nothing in common between him and the girl) and in general I felt most of the characters were not psychologically consistent. I am not an authority on that historical period, although I have read other books about that era that created a clearer picture in my mind, about the historical period and also about the society of the time.

Whilst the novel opens as if it was going to be a straight investigation into bizarre murders, with a suggestion of the paranormal, there are some elements of investigation (following people, plenty of intrigues, researching paperwork), but a lot of the novel is taken up by telling (more than showing) us about the religious situation, the machinations of the powerful of the time (particularly Bishop Solomon, not a real character who is truly despicable and has no redeeming features at all) and it stirs the book towards the territory of the intrigue/conspiracy-theory novel  (it appears likely that those aspects played a big part during the trial of the man who was found guilty of being the werewolf).

Although at the beginning there is the suggestion that there might be elements of horror in the novel that is not the case. Or rather, the real horror is the way the truth is sacrificed to political and religious interests and how no side is above using any means to win (the Catholics come out of it slightly worse off, but nobody is truly blameless).  There is action, violence (some for comic relief, but some extreme and graphic, including torture scenes and gross deaths), and war, so this is not a gentle novel for people intent on learning a bit about the historical era, but it is not scary in sense horror lovers would expect.

The story is told in the third person from the point of view of different characters, and each chapter starts with the name of the character whose point of view we share, although at times we get reflections and comments from an omniscient point of view (comments about character’s feelings or motivations that do not seem to come from them). Heinrich, the investigator, is an enigmatic character we never get to know well, as although we see things from his point of view, we aren’t privy to his full motivations (and that is aided by the third person narration). He is at times presented as weak and ineffective (a bit like Johnny Depp’s depiction of Ichabod Crane in Sleepy Hollow) and at others, he is clever and manipulative (and the ending is quite eerie, but no, I won’t say anything else). He seems determined to carry on with his investigation and get to the truth one minute, and then he settles for what he knows is a lie, behaving as a corrupt cog-in-the-machine.

I suspect it was partly because of the point of view changes but I found it difficult to connect with the characters (my favourite was Georg, a conflicted character whose motivations are easier to understand and who was, despite his flaws, a good man.  I felt sorry for Sybil but her character didn’t quite gel for me) although it is impossible not to be horrified at what went on and I didn’t manage to get the timing of the events straight in my mind.

Some of the comments expressed unhappiness with the ending, but for me, that is well resolved (perhaps apart from the happy ending part of it, but then that is a matter of genre) and I did not find its openness a problem but rather a plus.

Most of my difficulties with the book stem from my own expectations about what the story was going to be about and how it was going to be told. I’ve read many positive reviews about the book, and as I said, it does create a sense of dread, paranoia, and suspicion that can help us imagine what living in that historical period, so uncertain, must have been like.  And it has a chilling and eerie ending. So, if you are intrigued by the history behind it, don’t take my word for it and check a sample of the book. And do a bit of research. It will prove, once more, that reality can be stranger than fiction. 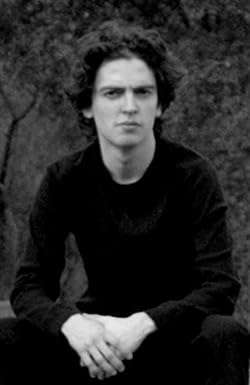