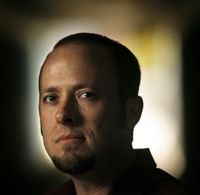 11 thoughts on “#Bookreview Thirteen Reasons Why by @jayasherguy @penguinrandom #TuesdayBookBlog”