Terry has been reading The Buried Few by M.J. Lau 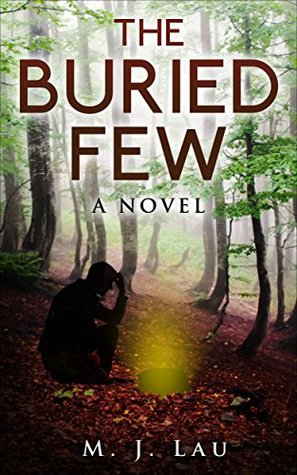 The Buried Few is set in 2030, when wars have left many children in America without parents.  Adults can be ‘Creators’, ie, give birth to children, which means being watched at all times, or ‘Guardians’: adoptive parents.  There are many rules governing the status of the parent and their suitability.  Unclaimed children face an uncertain future, to be shipped off to other countries where they may be adopted, or drift from orphanage to orphanage until adulthood.

Daniel, a computer security specialist, has a broken relationship with Renee, as there are stumbling blocks about their parental future.  He finds an abandoned baby he wants to keep as his own, which sets the couple down a difficult path as they come up against Gozzum, a government agent who has his own issues after a turbulent childhood.

There was much I liked about this book, but I think it needs the hand of an experienced editor.  The beginning was the weakest area and seemed disjointed; if I hadn’t been reading it for the purpose of reviewing, I’d have abandoned it, which would have been a shame, because I soon began to like it much more.  It starts with a long prologue told from the point of view of Raina, a small child, containing scenes from her imaginary world that had no bearing on the actual plot; to me, this was as pointless as detailed dream sequences, and not the stuff of which reader-hooking openings are made.  Then the novel proper begins: we meet Daniel.  We see him meeting Renee, then finding the abandoned baby.  I found the first 15% confusing, with little explanation, so I could only guess at what was going on, though I enjoyed some excellent character cameos (feedback for author: Selah and J!).

The ‘world-building’ continued to be sketchy, and it took until at least 30% before I was clear about the whole parent-child situation (and even then I wasn’t quite sure).  However, so much of the characterisation is extremely good, the dialogue is excellent, for the most part, and some passages I loved (feedback for author: the ‘typical tale of heartbreak.  Boy meets girl at flash mob’, etc, and the backstory about Gozzum’s father).  There are many beautifully descriptive sentences, but maybe too many.  Sometimes, they held up the plot.

New characters are brought in at regular intervals, and there was a lot to keep in my head as it was not clear at first how they all linked up.  I loved the story of Ten, a Native American, and I particularly liked M J Lau’s ideas about the fate of her people.  There are some good observations later on about how the government uses the internet to collect data about the population, how/why the population give it up willingly, and that if they have enough opportunity to ‘vent’ on social media, they are less likely to actually do anything about social injustices; so, so right, and enough said.  Suffice to say that the author and I are singing from the same hymn sheet.

To sum up: there is no doubt that M J Lau can write, but I think he needs to learn when less can be more.  My opinion is that this is a good novel that could have been much better; it’s all there, it just needs restructuring.

Work, home, repeat. Daniel Allingham, a computer security specialist, led a very routine life – until one evening, on his way home from work, he found a baby abandoned in a park.

But it gets worse. Daniel lives in a future America where a series of protracted wars have claimed the lives of a generation of parents. The result: a massive foster state, with most children being raised by relatives, friends of family, or in some cases complete strangers. At the behest of the public, the government has mandated that all children must be produced by certified Creators and adopted by registered Guardians. This means that children with no pedigree, like the one Daniel finds in the park, face deportation – or possibly destruction.

Pursued by a relentless government agent, Daniel and his friends fight to secure a better life for one child… risking their own welfare in the process. 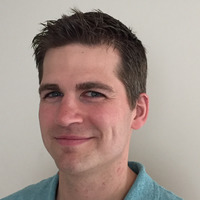 M. J. Lau is an English teacher by day and an author by night… or rather, a teacher day and night, and an author whenever he gets a free minute in between. His first novel, The Buried Few, is a work of near-future speculative fiction influenced in equal parts by dystopian classics, fatherhood, and Wired Magazine.

Lau is currently working on the first installment of a fantasy series, with an anticipated release of March 2018.