Judith has been reading Walls Of Silence by Helen Pryke 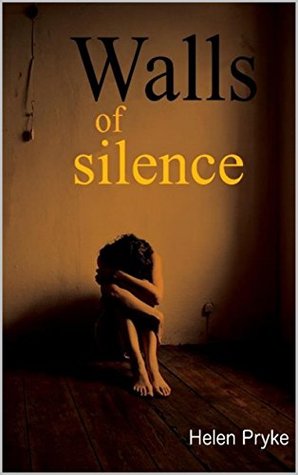 First of all, I’d like to say how fascinating the Book Description is. Just enough to tempt the readers in without giving away the story, as so often happens.

I always try not to give spoilers with my reviews but with Walls of Silence I found it difficult to write the following without giving any of the story away. I hope I’ve succeeded.

To say I enjoyed the whole of this book isn’t totally true; I enjoyed Helen Pryke’s writing style and the fact that all the way though she convinced me of the danger to the protagonist, Maria, if she revealed what was happening to her. There are deeply disturbing sections and the actions of some of the characters are distressing. It is a dark book.

I did have a few problems with pace of Walls of Silence. After being instantly drawn into the story through the Prologue, it then slowed, drastically. I love Prologues and this one was strong; I was intrigued by Pietro’s story. But then the abrupt change to Maria’s story; the flashback, left me a bit stranded. I kept wanting to know the reactions of both Pietro and  his and Maria’s daughter, Antonella, who, presumably , were learning about Maria’s life together. I have to be honest though; I’m not at all sure how else the author could have written it. I just wanted more of these two characters after such an interesting introduction to them

I felt the first half of the first chapter was too drawn out (although I realised later that it was to introduce some of the characters we, as readers, would meet again towards the end of the book). But  I did like the second half; Maria’s early family life in Sicily and the descriptions of the characters in her community, ruled so completely by the Catholic Church during the era of the 1950/60s.

This variation in the pace of the plot, some parts too drawn out, others too quickly passed over, was, I felt, a little awkward.

But I thought the characters that Maria met throughout her difficult life were well drawn and the dialogue was believable and rounded out most of them.

However I did have a problem with the relationship between the protagonist and Pietro; it did feel a little contrived and unsatisfactory. to me as a reader.

Still, as I’ve said I did like the author’s style of writing, I found the descriptions of the settings brilliantly evocative and the story very moving. And Walls of Silence is an excellent title; it gives the claustrophobic sense on enclosure, secrecy, despair that Maria and the other women experience.

And, I must say i do like the cover; to me it embodies the whole story.

After I wrote this review I read the book description. Part of the proceeds from this book will go to a women’s centre in the UK. This kind of statement always gives me a problem; I feel guilty if I don’t rate the book higher. But then I always try to give an honest review, so will leave the above as written.

What I can say yet again, is that Helen Pryke writes well and I look forward to reading more of her work.

Living in the mountains of Sicily, Maria has the perfect childhood until the tragic accident that changes her life forever. The events that follow will take her away from her home town to the streets of Milan, in an ever-increasing spiral of abuse and deception. Will she ever be able to trust anyone ever again? Set in turbulent 1960s Italy, Walls of Silence is the story of a girl who must find the courage and strength to survive her family’s betrayal and the prejudices of her country.

I moved to the north of Italy 26 years ago, without knowing a word of Italian! I picked it up pretty quickly, mostly by watching cheesy American soaps dubbed in Italian with Italian subtitles… but was too shy to speak for about a year!
26 years later, I now work as a translator, from Italian to English. It’s a job I love, especially when I got the chance to translate a children’s book and screenplay written by an Italian author. The screenplay is now winning awards at American film festivals!
I have always written short stories and books from an early age – I still have a short story I wrote when I was 10 that was published in the school magazine!
I love reading – I’ll read almost anything! I tend to spend most of my free time relaxing with my husband and two sons, and eating delicious Italian food!
The only thing I don’t like about Italy is the climate – cold and damp in the winter, hot and humid in the summer. With infestations of mosquitoes in the summer and stink bugs in the autumn…
but all in all, it’s a great place to live.