Sandra has been reading Western Fringes by Amer Anwar 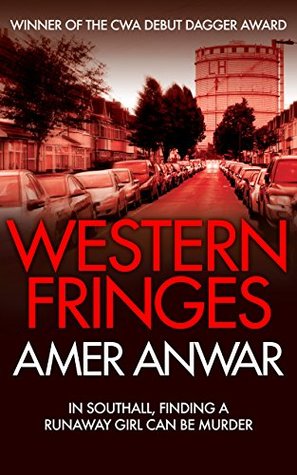 This award-winning debut novel from Amer Anwar had me hooked from the start. It tells the tale of Zaq’s search for his boss’s daughter who has run away to escape an arranged marriage. Not a trained investigator, Zaq seems an unlikely choice for this task. He is the only Muslim working for a family of Sikhs and not long out of prison, so Mr Brar threatens to frame him for theft and send him back to prison if he does not comply. Right from the start he is hampered by not having all the facts. It gradually emerges that this is about much more than a runaway daughter – drugs, kidnapping and armed robbery combine to put Zaq’s life in serious danger. Every time he thinks he is making progress in the investigation, a new twist sends him off in a completely different direction. Zaq is subjected to several brutal beatings but gives as good as he gets, having learned to take care of himself in prison. The violence never seems gratuitous but part of the world he is now involved in.   The relationship between Zaq and his friend Jags is a joy to behold, their support of each other and humorous banter provides light relief from the dark conspiracy they are being drawn into. By the time we find out why Zaq went to prison, we have already seen his true nature and are on his side. The characters are well written and the dialogue is convincingly realistic. The sense of place in the sights, sounds and smells of this area of South London is very vividly evoked. This would be great as a film or TV series, making a refreshing change from the many formulaic programmes currently on our screens. It is hard to believe that this is his first novel as it seems so assured.
Thanks to the author for providing a free copy of his book that I review as part of Rosie’s Book Review Team.

A SIKH GIRL ON THE RUN. A MUSLIM EX-CON WHO HAS TO FIND HER. A WHOLE HEAP OF TROUBLE.
Southall, West London.
Recently released from prison, Zaq Khan is lucky to land a dead-end job at a builders’ yard. All he wants to do is keep his head down and put his past behind him.
But when he has to search for his boss’s runaway daughter it quickly becomes apparent he’s not simply dealing with family arguments and arranged marriages as he finds himself caught up in a deadly web of deception, murder and revenge.
With time running out and pressure mounting, can he find the missing girl before it’s too late? And if he does, can he keep her – and himself – alive long enough to deal with the people who want them both dead? 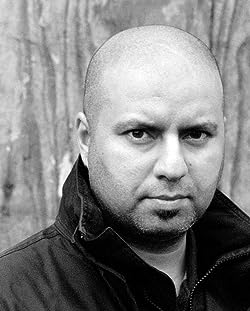 Amer Anwar grew up in West London. After leaving college he had a variety of jobs, including; warehouse assistant, comic book lettering artist, a driver for emergency doctors and chalet rep in the French Alps. He eventually landed a job as a creative artworker/graphic designer and spent a decade and a half producing artwork, mainly for the home entertainment industry. He holds an MA in Creative Writing from Birkbeck, University of London and is a winner of the Crime Writers Association Debut Dagger Award. Western Fringes is his first novel.