Chris has been reading Left Hanging by Cindy Dorminy 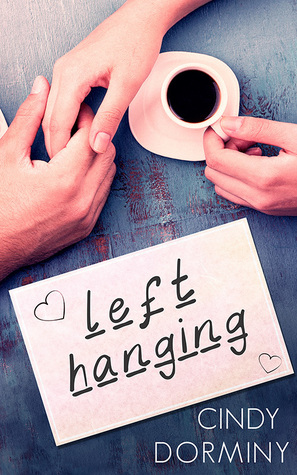 A sweet romantic read drenched in emotion and real-life dilemmas.
Darla is a nurse and single mum, but when one of the hot new doctors everyone is talking about turns out to be the father of her child (who ignored their existence from the moment he found out she was pregnant), things get a little complicated. Especially when he’s acting like he wants to reconnect and doesn’t seem to know he’s a father…
The writing was pacy – of the kind that makes you want to keep reading even when you’ve heard the story before and know exactly where it’s going – and the odd snippets of mystery made it an enjoyable read. For me, while the characters were fun to read about, they felt far less realistic than the situations that they found themselves in. Darla’s naivety on multiple occasions left me exasperated, but I read on because of the writing. And the writing is, ultimately, what makes the book.
*Thank you to the author for her copy via Rosie’s Book Reviews
Book Description

As a nurse and single mom, Darla Battle hides her loneliness behind a smile. But when she discovers that the new cute doctor everyone is talking about is her daughter’s father, she knows she needs to keep her distance from the man who abandoned her and their child, Stella.

When Theo Edwards returns to Nashville to finish his medical training, he never expects to run into Darla, a girl he spent one night with seven years ago. For reasons he can’t fathom, her attitude toward him is frosty, but he still hopes to ignite the spark they once felt.

Once Darla realizes Theo doesn’t know he’s Stella’s father, she has no idea how to tell him the truth. And the longer she waits, the more difficult it becomes. When the situation spins out of control, can the two come together for the sake of their daughter? Or is forgiveness out of reach? 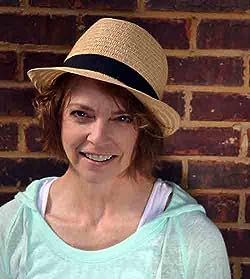 Cindy Dorminy grew up on a steady diet of popcorn (the kind you pop in a sauce pan), Tab (pre-Diet Coke), and movies for teenagers. She can’t let a day go by without quoting a line from one of her favorite films, so quirky dialogue is a must in her stories. When she’s not at her research coordinator day job, Cindy is writing funny love stories, walking her dog, or slinging iron the old-fashioned way. She shares her house with her musician husband, her awesome daughter, and a cool, four-footed child that would eat all the cheese if she could figure out how to open the refrigerator. Cindy is a member of Romance Writers of America and Music City Romance Writers. She resides in Nashville, TN, where live music can be heard everywhere, even at the grocery store.
Goodreads | AmazonUK | AmazonUS | Twitter