Sandra has been reading The Red Cobra by Rob Sinclair 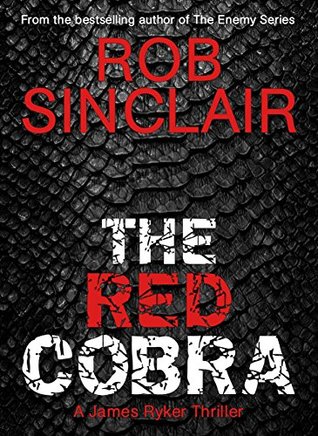 Review of The Red Cobra by Rob Sinclair

The Red Cobra is a fast-paced thriller by Rob Sinclair featuring Carl Logan, the protagonist of Rob’s previous ‘Enemy’ series, now living as James Ryker, having left his previous life behind – or so he thought. When he comes home from the local shop one day to find his old boss sitting in his living room, he realises that it’s not that easy to leave the past behind. They want his help to find out who is behind the murder of the ‘Red Cobra’, a female professional assassin he used to know very well, an invitation he cannot refuse.

It is well written, with convincing dialogue and a plot that keeps you guessing, marred only by a tendency to over explain. The Spanish setting makes for a refreshing change of scenery; the violence is realistic with thoroughly nasty villains. The use of flashbacks to fill in the gaps in the story works really well, leading to some unexpected revelations.

I only gave this book four stars as I did not feel completely engage with the characters. They were well-rounded and three-dimensional, so I can’t quite put my finger on what was missing. In the end it all comes down to personal taste.

Although this is a spin-off from the ‘Enemy’ series, it works just as well as a stand-alone thriller. I have read the first book in the series, but did not feel that I was missing any information by not having read them all. The ending points the way for a sequel (The Black Hornet) to follow later in the year.

Thanks to the author for providing me with a free copy of his book that I review as part of Rosie’s Book Review Team.

The Red Cobra: an action packed and utterly gripping thriller from the best-selling author of The Enemy Series

Carl Logan dedicated nearly twenty years of his life to the Joint Intelligence Agency. Now living in a secret location, under the new identify of James Ryker, he wants nothing more than to be left alone, the chance to start a new life away from chaos, violence, destruction and deceit.

It’s not long, however, before Ryker’s short-lived idyll is destroyed when he is tracked down by Peter Winter, his ex-boss at the JIA. Winter brings with him news of the murder of a woman in Spain, Kim Walker, whose fingerprints match those of one of Ryker’s former adversaries who’s been missing presumed dead for years – an infamous female assassin known as the Red Cobra.

A cyberattack at the JIA led to the Red Cobra’s profile being compromised, and Winter believes JIA agents may now be at risk too, Ryker included. But Ryker knew the elusive Red Cobra better than anyone, and when he sees the grisly pictures of Kim Walker’s corpse, he has news for Winter – she isn’t the assassin at all …

So just who is the mystery dead woman? And where is the real Red Cobra? 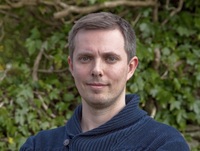