Trust Me by Angela Clarke

Trust Me is book three in the social media murder series set in London.

It opens with a young girl, running scared.

Late one night, Kate stumbles across something shocking via a live video upload on the internet. She reports the incident to the police, but when they follow it up, the video has been deleted; the incident is filed. Concerned no one is taking her seriously, Kate makes contact with the media and does a live interview.

Cyber-crime chasers, Nasreen and Freddie, are working on a gang related case when they are named as police contacts by Kate in her TV appeal. More witnesses to the video come forward; now, the case is taken seriously. Freddie uses her investigative journalist and social media skills to search for leads. Not afraid to bend rules, she is the polar opposite of Nasreen who does her police work by the book, in this race-against-the-clock plot.

I liked Freddie, an appealingly unconventional, social media geek, who keeps the story twisting with leads others haven’t thought of, as opposed to some of the police officers who are always one step behind the criminals; mostly, I found them to be fairly stereotypical of this sort of crime fiction. They make snide remarks about civilian Freddie being in their midst, but she holds her own with sharp one liners that leave them verbally beaten, and I gave her a few mental thumbs up.

There are a lot of characters to keep track of in this book, especially if you are new to the series. The pace is kept brisk with brief use of descriptive detail, enough to allow the reader to create their own pictures. I was left wanting to know more about Freddie and Nasreen, because I haven’t yet read the first two books in the series, where they have built-up their working relationship, so I’d say it’s probably a good idea to start at the beginning of the series. There are several other threads running through this book, with hints at romance for more than one character.

Fans of Angela Clarke’s writing and readers who enjoy fast paced crime with underlying romantic themes will certainly enjoy this book, but I didn’t think it brought anything new to the table that I hadn’t read before.

What do you do if you witness a murder…but no-one believes you?
When Kate sees a horrific murder streamed live on her laptop, she calls the police in a state of shock. But when they arrive, the video has disappeared – and she can’t prove anything. Desperate to be believed, Kate tries to find out who the girl in the video could be – and who her killer is.
Freddie and Nas are working on a missing persons case, but tensions in the police force are running high and time is ticking. When Kate contacts them, they are the only ones to listen and they start to wonder – are the two cases connected?
Dark, gripping, and flawlessly paced, Trust Me is the brilliant third novel in the hugely popular social media murderer series. 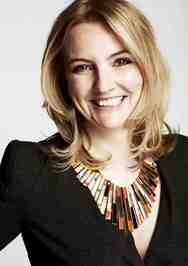 Angela Clarke is an author, playwright, columnist, screenwriter and broadcaster. Her debut crime thriller Follow Me was named Amazon’s Rising Star Debut of the Month January 2016, longlisted for the Crime Writer’s Association Dagger in the Library 2016, and shortlisted for the Dead Good Reader Page Turner Award 2016. Watch Me is the second instalment in the Social Media Murder Series. Angela’s memoir Confessions of a Fashionista is an Amazon Fashion Chart bestseller. Her play, The Legacy, enjoyed its first run and rave reviews at The Hope Theatre in June 2015. She hosted the current affairs show Outspoken on Radio Verulam for six months in 2014, and has appeared on the BBC World Service, BBC Radio 4, BBC Three Counties and more. Her journalist contributions include: The Guardian, Independent Magazine, The Daily Mail, Cosmopolitan, and Writing magazine. In 2015 Angela was awarded the Young Stationers’ Prize for achievement and promise in writing and publishing. She volunteers with Womentoring, and the RSA Meet a Mentor scheme, and others, to help encourage and support marginalised artists into the industry. A Fellow of the Royal Society of Arts, Angela lives with her husband and far too many books.