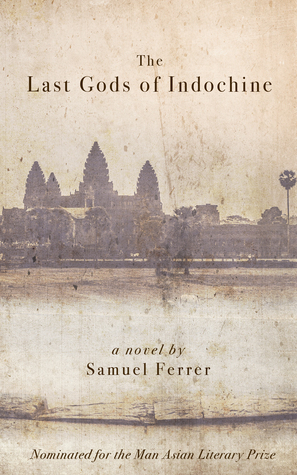 Thanks to the author and to Rosie from Rosie’s Book Review Team for offering me the opportunity to review this novel.

I do not know much about Indochine or present day Cambodia, where this story is set, other than vague information gathered from movies, mostly about the war. Recently, I have discovered that reading historical fiction is a great way to learn (or at least wet one’s appetite) about places and historical periods one is not familiar with but feels curious about, in an engaging and entertaining way. This novel is a good example of this, even though the author clarifies at the end that he has taken many liberties with the historical figures and also with the period reflected. (I recommend that readers don’t skip the notes as they are helpful in sorting fancy from fact and also offer up-to-date information on current knowledge about the Khmer Empire and the reasons for its demise).

The story is narrated in the third person and, after an introduction describing the last moments of Henry Mouhot, a French explorer known for ‘discovering’ the lost civilisation of Angkor Wat (that was never lost and had already been known to Westerners, but he popularised with his journals), alternates chapters from the point of view of Jacqueline Mouhot, Henry’s granddaughter and Paaku, the Lotus Born. Jacquie is a fictional character and we meet her in 1921, shortly after WWI. She had helped at a field hospital in the Somme and we realise she is severely traumatised by an incident that took place while she was there. She clearly shows signs of PTSD but we get to learn more details of what happened and how it relates to the story later, although we know it was bad enough for her to be removed from her posting.

Her story is interspersed with that of Paaku the Lotus Born, another fictional character, a young man living in XIIIc Khmer Empire, whose identity and story seem to be the stuff of myths and legend. He does not know his true origin, as he is an orphan brought up by a Vishnu monk, and he seems to have been chosen (although by whom and what for is not immediately evident) and might have special healing powers.

At first, I felt it easier to identify with Jacquie’s story, as her point of view as a woman trying to get by in a man’s world at such a time, and her state of mind were more familiar to me (even if she is not always the most sympathetic of characters, complaining about minor things, like the lack of comfort of some parts of the trip, and she appears quite naïve as to what her experience travelling to Asia might mean). But Paaku’s story is so beautifully told and shares such unique world-views and experiences that it’s impossible not to become enchanted at first, and later increasingly worried as to what his fate might be. The more we read, the more we’re struck by the links and connections between the two characters, and a number of possible explanations are offered during the novel as to why this should be so, although the final twist is not easy to guess (I only realised what might be behind the story very close to the ending but I won’t spoil it). The story is complex and the changes in historical period, language style (fragments of Mouhot’s true diaries are included in the novel as his fictional granddaughter reads them) and character’s point of view demand attention and close reading, but the results are very rewarding. At first, the changes in point of view might be somewhat frustrating if the readers identify more with one of the stories than with the other but the reason for the choice of writing form becomes evident and in the end and it suits the subject perfectly.

The language and descriptions of places, historical and social periods and lifestyles of both eras are poetic and evocative, and despite the third person narrative we get inside the characters’ heads and body and, thanks to the vivid writing style, experience their lives fully with our five senses. The novel explores many themes: mysticism, spiritual questions, colonialism, the different roles of men and women, family legacy, PTSD, fate and destiny, romance and there is much to keep us thinking, while our  brains try to connect the stories at the same time as engaging with the language at a sensual level.

It might be something purely personal, but for me, one of the only things I wasn’t truly convinced about was the love story. Other than being there, having similar interests regarding the story of the area, and being a man and a woman, there seems to be little that connects them other than a romantic subplot in the novel, although it works as a way to humanise Jacquie, make her more vulnerable and it also facilitates the ending.

Both of the stories narrated in this novel are stories of discovery of spiritual truths, fate, friendship, love, the price to pay for one’s beliefs, fear and eventual peace. I am not at all surprised by the book’s nomination for the Man Asia Literary Prize. This is a beautifully written book about places and historical periods that captures readers’ imaginations and allow the mind to fly. 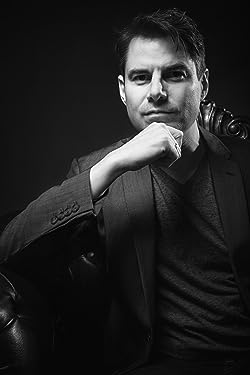