Jenny has been reading A Shiny Coin For Carol Prentice by Mark Barry. 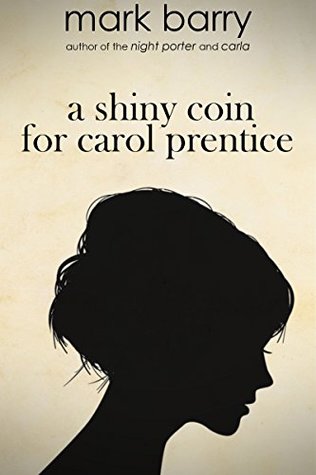 A Shiny Coin for Carol Prentice by Mark Barry

Carol Prentice returns to her hometown after the death of her father. She has to face the demons that have plagued her for years, and she has a ‘Plan’. Her stepbrother and his friends had better watch their backs!

Carol finds work in a local bookshop, here she meets Steve. I enjoyed the relationship between Carol and Steve, I feel for Carol and how she is a reluctant to tell him how she feels…. really feels. I simply wanted to shout at her to ‘Tell him go on, do it. Age does not matter”. Mark Barry writes with thought throughout the book, but even more so when he portrays Carol’s love for Steve. Especially at the end of the book, the writing tugged at my heart and pulled at each and every string. Devotion and pure love.

The words used to describe Carol’s fashion sense and her items of clothing is very good, and easy to visualize. I can truly imagine Carol wearing the Black wedding dress and the regalia that she likes so much. When it gets to the point that she peels off the layers to reveal what is underneath is amazingly written and well thought out.

Her stepbrother Toby and his friends make for a captivating read. The way that they behaved in the past and in the present is appalling and they deserve everything that Carol is plotting. I desperately wanted to find out what her ‘plan’ was and I felt that Mark Barry dragged this out a little too long, or maybe it was just my impatience at needing to know the plan and the outcome. Carol talks about ‘the plan’ a lot, but the reader has to wait till near the very end of the book to find out exactly what it is. But, it is worth the wait, so persevere with this and you will not be disappointed.

One thing I did not like was the use of the words ‘Unawsome’ and ‘like’. I understand that they are part of who Carol is and her style, but they were used too much.

This is a very good read though and a book that I enjoyed enough to recommend and read again. 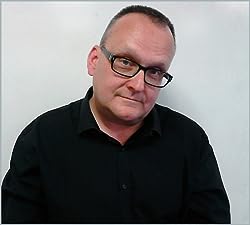