The Limpet Syndrome by Tony Moyle
My rating: 3 of 5 stars

The Limpet Syndrome is a science fiction fantasy novel about John Hewsen, his death and a mission his soul is sent on. When John’s soul finds itself in “Limbo” he faces a trial, with the outcome offering a chance of redemption via a task; he must re-capture two lost souls.

The plot revolves around British Prime Minister Byron T Casey, Sandy Logan, the Minister for Homeland security and his right-hand man, Ian Noble. John has just two months to complete his mission before the summer solstice and the collapse of the universe, unless balance amongst the lost souls can be returned. It made me think it could fit into something similar to a Dr Who series.

This book is an intense read, the writing style is full of well written evocative descriptions, but I sometimes felt it slowed down the plot with a tendency to meander into side issues which took me away from the main story arc, with some of them superfluous rather than relevant sub-plots. For instance, conversations and observations by some of the minor characters.

So who will enjoy this book? Those who don’t mind a slower paced book and are happy to read about Heaven and Hell, reincarnation, souls, possession of others, animal rights and a British government in an alternative world scenario.

From the Back Cover: Imagine there was a politician whose only ambition was to corrupt and manipulate the very people who elected him, without them even knowing it. This was Byron T Casey’s ambition. It helped that he was the Prime Minister and had just acquired Emorfed, a substance that had the ability to alter a person’s soul. Sandy Logan was the only person capable of stopping him. But there was one problem. Sandy was dead. It complicated matters that his death had been aided by the mysterious Limpet Syndrome, which meant he wasn’t dead dead. Very few people understood why Sandy’s soul had lingered on Earth, least of all Sandy. —– If you love books about reincarnation, corruption, the human condition, OCD and talking pigeons then this is the book for you. Ok you’ve never read a book like that before…here’s your chance! About the Author Tony Moyle was supposed to be a Chemist. Turns out he was rubbish at it. A book formed in 1996 and took 21 years to escape on to paper. 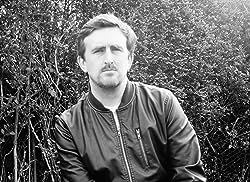 Tony Moyle was born in the small town of Shepton Mallet in 1976. He’s spent the last four decades attempting to find a third reason for the town to be known behind Babycham and a Frank Bruno World Title fight. Although he studied Chemistry at Exeter University he was terrible at it and instead found a role within the business community. After twenty years of deliberation and prevarication he published his first novel, ‘The Limpet Syndrome.’ With any luck the next book won’t take quiet so long. He lives in the small town of Ashington at the base of the South Downs national park with this wife, Laure, and two children.