Today’s team review is from Eleanor, she blogs here http://www.eleanorsauthor.com/ 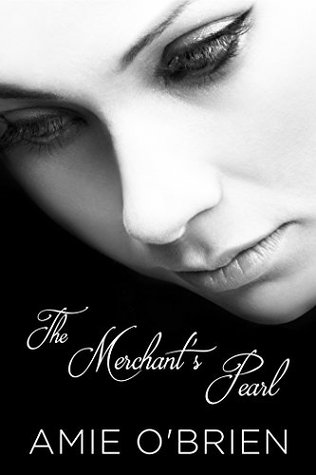 The Merchant’s Pearl by Amie O’Brien

Set in a Turkish harem in the dying days of the Ottoman Empire, this novel explores how love can succeed against the odds, amongst themes of trust, sex and politics – the latter of the harem, royal court and the wider world. Leila, a slave harem girl, battles with her new station in life, dreaming of when she was free and trying to reconcile herself to the fact that she will probably never be free again. Told from Leila’s point of view, we watch how she battles harem politics and expectations, develops a deep friendship with Dariya, a woman who is also a harem slave to the same man and, how Leila falls in love with Prince Emre despite herself.

Prince Emre has loved Leila for years but, despite being a Prince, had to wait for the opportunity to present itself before he could claim her as his. He is somewhat unusual for a man in his position as he chooses to give Leila the space and time she needs before she decides to be his in fact. However, this was accomplished in an entirely believable manner.

I loved the realism; there were many true to historical period and culture hurdles for Emre and Leila to overcome. Emre already had two wives and two children; Leila could never become his first and most important Kadin. Dariya didn’t enjoy sleeping with Emre and Emre knew that sharing him with other women was a red line for Leila but he continued to do so for a significant period of time in any case –all because he was male, a Prince, he could and it was expected of him. Leila may have been physically innocent but she was years wiser than Emre in the realities of harem life. She was very conscious of ensuring that she conformed to the foreign rules (except for her avoidance of intimacy) and Emre was concerned with how many rules he could break. The difference in their religions was explored very thoughtfully and, I felt, faithfully to the times.

Whilst Emre and Leila fear the unknown the collapse of the Empire would bring, their fate is entwined with its failure; only then can they be together in the way they wished. The narrative was compelling, despite being written in a modern, American vernacular (it was consistent so didn’t jar) and I fell in love with the characters and begrudged every moment I had to put the book down and do something else. The beautifully rendered, poignant emotional journey that Leila undergoes often had me in tears. There was good juxtaposition of the various differences in how the harem girls reconciled themselves (or not) to lives of sexual slavery. The novel was well-researched and was a fascinating insight into the daily life of the Royal family and how, despite Emre being a Prince, he was just as much a prisoner of his existence as the slaves.

A central tenet of the novel is that Leila is terrified of physical intimacy; during the course of the novel she falls in love and eventually overcomes her fears. But for a book that was wholly about love and sex, there was a curious lack of description regarding the latter and this was one of the things that stopped this from being a truly great book for me. I know sometimes less is more, and Amie was very good at this in all other aspects, but this didn’t have to be erotica – even a few descriptive paragraphs would have added to the story. There was plenty of frank talk about sex in the abstract, which I felt added to the realism given this was set in a harem, but hardly anything about sex in actuality. We know Leila’s intimate thoughts about everything else that happens to her but have to guess a lot of it when it comes to actually experiencing intimacy which I found frustrating. And I hated that I never got to find out exactly how Leila disgraced herself in her first encounter with Emre; the various illusions weren’t enough for me.

Secondly, I really didn’t like how Emre was so blasé about the prospect of leaving behind his two children if he and Leila did manage to leave the country if the Empire collapsed. Maybe that was deliberate and Emre didn’t care – he only appears to have seen his children less than a handful of times throughout the entire novel. But his lack of care doesn’t ring true as he wanted his second child to be a daughter so she potentially wouldn’t have been in as great a danger as a son in any future power struggle. The birth of his daughter was barely mentioned, one minute his wife was pregnant and the next he had a daughter. I know this birth would not have been celebrated like a child of the Sultan would but I think Leila would have had considerable interest in the children of the man she loves so I found her lack of emotional reaction here to be an omission. Maybe this was part of the historical realism and men in Emre’s position didn’t interact with their children very much and Emre truly didn’t mind that he might never see his children again. But Amie had already broken a lot of rules to make Emre such a different and compelling character from his counterparts anyway, I felt this could have been stretched too, even if it was a sop to the sensibilities of the modern reader.

Like any good book, this book ended too soon and with plenty of leeway for the reader to complete Emre and Leila’s story – perhaps too much; I could have quite happily kept reading for several more chapters. Leila considered Dariya a sister, someone she needed “as much as I needed him”. Given this extremely close relationship, I wanted some firmer answers on how Dariya could remain part of their lives if they left the country. The book didn’t quite get to the happily-ever-after part, only hinted at its potential.

When all’s said and done though, I still loved this book and I will definitely be watching out for future novels from Amie.

The opinionated, only daughter of a missionary, is enslaved and gifted to an Ottoman prince who has an inner vow to win her affection. Sarai was led to believe that the whole world could exchange their beliefs for hers. But when her parents are murdered, she quickly learns that the world never stops for just one person. The world takes, forgets, and swiftly moves on. By 1875, she isn’t even Sarai anymore. She had spent her teenage years repackaged as Leila, a palace concubine-in-waiting for the overly indulgent, Ottoman Sultan, Abdul’Aziz. Leila does her best to stay out of the eye of ‘Aziz as well as his son, Prince Emre. But when young and thoughtful Emre claims Leila for his own harem, she is forced out of her shell and thrown into a ring of competitive women. Here, she cannot hide from the attention her young master wishes to lavish upon her. Nor can she can avoid the ruthless retaliations of his prior favorite, Aster. But it’s the unexpected gift of sexual sanctuary and an inside look into his family’s struggles that really collides with Leila’s upbringing. Soon, despite her better judgment, she finds her heart becoming increasingly tied to him. But can she submit her faith and independent spirit to such a future—a future where to be loved means settling for the fact that she can only ever be his favorite? Will she be able to take turns sharing him among the four beautiful girls he had received before her, one being a jealous rival and another a closest friend? And what will happen to their love if Emre’s father can’t hold together his fragile kingdom, an empire that has grave threats encroaching from every side…including within? 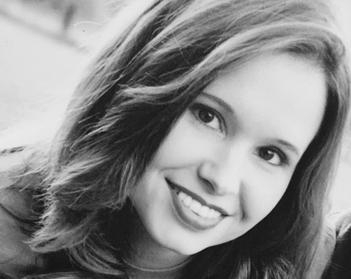 Looking back, I’ve always believed that story matters. Pouring over Jane Austen novels and living through the lens of an overconfident, beautiful, and desperate-to-be-corrected heroine was exactly the distraction that carried me through years of teenage captivity. My one and only sibling, a reckless brother, had rocked the parental boat so thoroughly it left me distrusted, vehicle-less, and with a ten o’clock curfew (even in college) right up until I met my own Mr. Darcy.Perhaps that’s why I love the ultimate freedom of what I do now: a woman in my thirties, traveling to some of the world’s most beautiful and often misunderstood places, humbled by sharing stories that represent countless women whose entrapment is far more genuine.​