The Whisperer by Elsa Winckler
My rating: 4 of 5 stars

The Whisperer is a Harper Impulse romance set is South Africa. Cilla Stevens is a school teacher who has the ability to communicate with animals. Cilla has been asked to assess a difficult stallion; however, when she arrives she overhears a heated argument between the owner and his stable hand, primarily about her methods.

Cameron Rahl is a tough scientific based farmer, and horse whispering goes against all his beliefs. He’s hostile to both Cilla and her methods; however, when he finally meets her, he is floored by her beauty and his body’s reaction to her touch.

Cilla approaches Bravo, the difficult stallion, talks soothingly to him, calms him down and gains his confidence. She opens a connection to him and sees images which tell of his plight: he’s frightened, wants the freedom to run and has a yearning for a mare he’s scented, yet cannot find.

All this is re-told to Cameron and Ken, as well as the need to get Bravo checked over by the vet for anaemia. Cameron refuses to listen, he’s bad tempered, confused and grumpy about it all. Cilla has turned his world upside down, with her ideas, beauty and constant presence in his thoughts.

Cameron isn’t the only one feeling confused. Cilla too feels how her body reacts when she sees Cameron, but she can’t help Bravo if he won’t accept what she does. Can the desire to help the troubled horse make them put aside their own relationship issues, or will Cameron’s self-coping brick walls around his heart stay bound forever?

This was a sweet romance and the South African setting a lovely touch. For me there was one too many “will they, won’t they” situations for the couple to get through. Just occasionally the dialogue was also a little stilted, but I’m well aware this might be my British reading of a book from a South African author and we will have different speech expectations.

Loving him could destroy her…

High school teacher Cilla Stevens has always been different, especially in how she connects with animals. When she calms a stray dog during an incident at school, she’s asked to help a nearby farm with a difficult horse.

Cameron Rahl has had a very different relationship with animals since his mother died in a horse riding accident. But now he’s inherited his family’s farm, he’s determined to never let anyone affect him that way again.

Until he meets Cilla. He tries to stay away from the gorgeous horse whisperer with the potential to tame him, but something keeps pulling him close. And as much as Cilla tells herself she can keep it casual, she knows they’re too connected to be ‘just a fling.’

Will Cilla’s heart win out? Or will it take history repeating itself for Cameron to realise just how much he needs her? 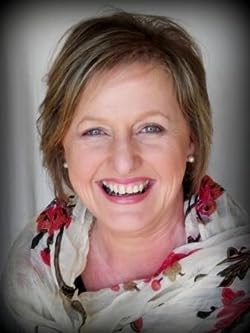 I write love stories because I love reading them. I like the heroines to be feisty, independent and headstrong. And the heroes must be strong but possess a generous amount of sensitivity and should of course, be gorgeous!