I received an ARC copy of this book that I voluntarily review as a member of Rosie’s Book Review Team.

This beautifully written novel touches on many subjects that are important at different levels: some, like loss (be it the death of a child, a divorce, the loss of not only a job but also a life-project) can be felt (and there are heart-wrenching moments in the novel) understood and managed at a very personal level, others, like the role of communications technology (who must control it? Should it remain neutral or become involved in the big issues? Should it ally itself with governments or be creatively independent?) or domestic and gender-related violence, although no doubt having a personal component, also seem to require global solutions. This ambitious novel tries to give answers to many of these questions and it does so through a first person narrative interspersed with poetry.

The novel is narrated by Dan Underlight, whom we meet at a particularly difficult time in his life. His son died a couple of years earlier and he feels guilty about it (we learn the details quite late in the novel), he is divorced, and now, the technology company he helped to create, and by extension his business partner and the woman he’d been closer to than almost anybody else for many years, fires him. His job, the only thing that had kept him going, is taken away from him. He has no financial worries. He has a good severance pay, a huge house, two cars, but his life is empty. Through the novel, Dan, who still sees his son, has conversations with him and wants to start a project in his memory, meets many people. Most of them are enablers. He has known Willow, a woman who works helping women victims of domestic violence, and herself a survivor (although she doesn’t talk much about it, at least with Dan) for some time and eventually, their friendship turns into a romantic relationship for a while. He has also been attending therapy with Nessa, a very special therapist (as a psychiatrist I was very curious about her techniques, but working in the NHS in the UK I must admit I’d never even heard of a Buddha board) since his son’s death, and during his peculiar pilgrimage, he gets ideas, encouragement, and a few brushes with reality too.

Much of the rest of the novel is taken up by Dan’s creation of a new company, based on his idea that if people could converse about important subjects and all these conversations could be combined, they would reach agreements and solve important problems. As conversations and true communication in real life amount to more than just verbal exchanges, there are technical problems to be solved, funding, etc. I found this part of the novel engaging at a different level and not having much knowledge on the subject didn’t detract from my interest, although I found it highly idealistic and utopian (not so much the technical part of it, but the faith in the capacity of people to reach consensual agreements and for those to be later enforced), and I also enjoyed the underhand dealings of the woman who had been his friend but seemed somehow to have become his enemy. (I wasn’t sure that her character came across as consistent, but due to the subjective nature of the narration, this might have more to do with Dan’s point of view than with Olivia herself).

Dan makes mistakes and does things that morally don’t fit in with the code he creates for his company, or with the ideals he tries to live by (he is human, after all) and things unravel somewhat as life has a few more surprises for him, but, without wanting to offer any spoilers, let’s say that there are many lessons he has learned along the way.

As I said before, the language is beautiful, and the poems, most of which are supposedly written by Willow, provide also breathing space and moments to stop, think and savour both the action and the writing style.

First of all, let me confess I was very taken by this novel and I couldn’t stop reading it and even debating the points with myself (I live alone, so, that was the best I could do). I was also touched by both the emotions expressed and the language used. As a sensorial reading experience, it’s wonderful.

Now, if I had to put on my analysing cap, and after reading some of the reviews on Goodreads, I thought I should try and summarise the issues some readers have with the novel.

The themes touched are important and most people will feel able to relate to some if not all of them. Regarding the characters and their lifestyle, those might be very far from the usual experience of a lot of readers. Although we have a handful of characters who are not big cheeses in technology companies, those only play a minor part in the book. The rapid expansion of the technology and how it is used in the book is a best case scenario and might give readers some pause. Personally, I could imagine how big companies could save money using such technology, but charitable organisations, schools or libraries, unless very well-funded, in the current financial times when official funding has become very meagre, would have problems being able to afford it all, and that only in theoretically rich countries. (The issue of world expansion is referred to early on in the project but they decide to limit their ambitions for the time being).

Also, the fact that issues to be discussed and championed were decided by a few enlightened individuals (although there is some debate about the matter) could raise issues of paternalism and hint at a view of the world extremely western-centred (something again hinted at in the novel). Evidently, this is a novel and not a socio-political treatise and its emphasis on changing the US laws to enforce legislation protecting equality, women’s rights and defending women against violence brings those matters the attention and focus that’s well-deserved.

For me, the novel, where everything that happens and every character that appears is there to either assist, hinder, or inspire Dan (it is a subjective narrative and one where the main character is desperately searching for meaning) works as a fable or perhaps better a parable, where the feelings and the teachings are more important than the minute details or how we get there. It is not meant to be taken as an instructions manual but it will be inspirational to many who read it.

In summary, although some readers might find it overly didactic (at times it seems to over-elaborate the point and a word to the wise…) and might miss more variety and diversity in the characters, it is a beautifully written book that will make people think and induce debate. This is not a book I’d recommend to readers that like a lot of action and complex plots, but to those who enjoy a personal journey that will ring true with many. It is a touching and engaging read to be savoured by those who enjoy books that challenge our opinions and ideas.

A TECHNOLOGY EXECUTIVE CHARTS A HIGH-RISK, UNCONVENTIONAL PATH WHILE GRIEVING THE LOSS OF HIS SON Dan Underlight, a divorced, workaholic technology executive, suffers lingering grief over the death of his ten-year-old son, Zack. When Dan’s longtime friend and boss fires Dan from RadioRadio, the company that he helped create, he crashes and isolates himself. Willow, a poet and domestic violence survivor, helps Dan regain his footing. With her support, Dan ventures on a pilgrimage of sorts, visiting Fortune 500 companies to flesh out a software start-up idea. He then recruits three former RadioRadio colleagues and starts Conversationworks, a company he believes will be at the vanguard of social change. Guided by Dan’s leadership, Conversationworks enjoys some early successes, but its existence is soon threatened on multiple fronts. Will Dan survive the ensuing corporate battles and realize the potential of his company? Or will he be defeated by his enemies and consumed by his grief? 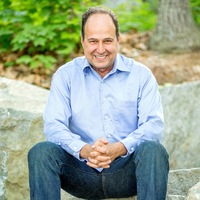 Rich is a poet, a songwriter and musician, a creative writing teacher, and the author of three novels, The Color of Home, The Big Wide Calm, and The Beauty of the Fall.

As anyone who has read Rich’s work can tell you, his books deal with life’s big questions: love, loss, creativity, community, aging, self-discovery. His novels are rich with characters and ideas, crafted by a natural storyteller, with the eye and the ear of a poet.

For Rich, writing and art making is about connection, or as he says, about making a difference to a least one other person in the world, something he has clearly achieved many times over, both as an artist and a teacher.