Suzanne has been reading Self Serve Murder by Dena E Haggerty 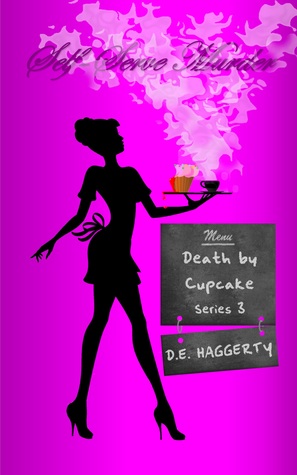 First of all I love the colour of the cover! I like the design as well.

I had no idea what to expect with this book as I’ve never read a cosy mystery before (watched plenty of TV shows though). It was clear from the start that this was not a serious mystery book, and once this is established it’s easy to sit back and enjoy the escape from reality.
I hadn’t read the previous two books in the series, but wasn’t worried as it stated this could be read as a standalone. The crime itself was resolved in this book, but because the characters are so settled in their world and relationships well established, I found myself wishing I had read the previous books first.
The constant reference to coffee was clever and inventive, but at times when the situations were more serious I found it distracting.
I thought I’d guessed the culprit early on, but a few red herrings along the way had me second guessing myself.
My only hang-up with this novel was the way the men treated ‘their’ women. The men were very bossy and macho all the time. I also found the way Kristie’s love interest literally forced his way into her life while she did little to stop it, very unrealistic.
Apart from that it was a fun, easy read and should appeal to people who enjoy cosy mysteries like Agatha Raisin, Murder She Wrote and Rosemary and Thyme (opinion based on tv viewing).
Note – I reviewed an ebook copy supplied by the author in exchange for an honest review.
Book Description

Book 3 in the Death by Cupcake series. Can be read as a standalone.