The Lucky Hat Mine is a fun historical Romance, set in the 1860s in Colorado. Millie is twenty three; answering a “Wife wanted” ad, she leaves life as a family servant in New Orleans and heads out west. She may have escaped the raging War of Independence, but soon experiences a loss of civilised comforts and standards as she knew them.

After a mighty three month travelling ordeal, Millie arrives in Idaho Springs to fulfil her role as the new wife of miner J W Drouillard. However, she soon discovers that Mr D recently died in a mining accident; luckily he had already bequeathed his cabin and mine to Millie as a precaution.

What should Millie do? Head back east straight away? Sell the mine and find a place to live, perhaps in Denver? Or marry one of the many townsmen eager for her hand? Wisely Millie decides to take her time and not rush into any decisions. Mr D’s cabin surprises and delights Millie; once an orphan she now owns her first home. Mr D had previously installed some new mod cons at great expensive, in preparation for his new wife.

There is a sense of fun to the storyline: Millie is proposed to on a daily basis by a stream of miners, all anxious to buy Mr D’s mine and take a wife. However, there is also a more sinister side as Millie receives threats from an unknown source, trying to scare her away. Another danger comes with the arrival of a man who knew her father; parents whom Millie never knew. Her illusion of them is shattered when the bandit explains he’s after the silver her father stole. Resourceful and independent Millie deals with him and has him arrested.

When Mr D’s brother turns up, Millie must tell him about her fiancé’s death, but Dom refuses to believe it was an accident and is determined to find the truth. With Millie’s fiery red headed temper and Dom’s ability to constantly ruffle her feathers, the two share the cabin on uneasy terms. Yet they have a common bond in the need to seek the truth behind Mr D’s demise.

The book was a good old western delight. The constant drama of Buttercup the goat kept the scenes light. The details about rocks and early gold mining were interesting, although the news about the war was more stilted and tended towards info dumping. I enjoyed the descriptions of the area and the hot springs, and knew some of the place-names from travelling in Colorado, which gave me a personal link to the tale.

I would recommend this to those who like a fun read, enjoy early US western style colonisation tales, and like a little romance in the story they read.

What’s a Southern belle to do in 1863? Wife-wanted ads are always risky business, but Millie Virginia never imagined she’d survive the perilous trip across the Great Plains to find her intended husband in a pine box. Was he killed in an accident? Or murdered for his gold mine? Stuck in the mining town of Idaho Springs, Colorado territory, without friends or means, Millie is beleaguered by undesirable suitors and threatened by an unknown assailant. Her troubles escalate when the brother of her dead fiancé, Dominic Drouillard, unexpectedly turns up. 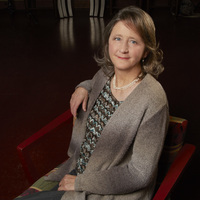