Shelley has been reading Midnight Sisters by Sarah E Boucher 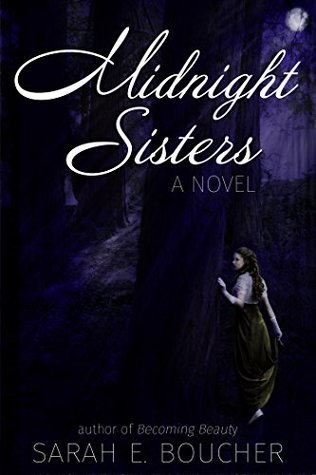 Book Review #RBRT
Book Title: Midnight Sisters
Author: Sarah E Boucher
Category: Myths and Fairy Tales
My Rating: 4 Star
My Review:
I’m unfamiliar with the original fairy tale that this novel is based on, The Twelve Dancing Princesses, so I can’t comment on the uniqueness of this re-telling. However, I can say that it is a thoroughly enjoyable book in its own right. I did keep expecting the sisters to disappear into a magical land but I think this was down to the book being placed under the myths and fairy tale category. I think it would be better suited in young adult romance.
I liked Jonas from his first appearance. He is a fully rounded character with a nice sense of humour. The interaction he has with his supervisor, Gregor, and his friend, Braden is quite heart-warming.
There is a large cast of characters with the twelve sisters and other secondary characters. However, the author manages to give each of them an individual voice. Some of the sisters were sassier than others, and this shone through quite well. I think one or two of them would make interesting characters for a spin-off series.
Thoroughly enjoyable book. I look forward to reading more from this author.
I received a copy of Midnight Sisters from the author/publisher as part of Rosie Amber’s Book Review Team in exchange for an honest review.
Book Description
Do not meddle with the master’s daughters.
The words rattle around Jonas’s head. What is the punishment again? Death? Dismemberment? Jonas, the newest addition to the gardening staff, can’t recall the exact penalty for breaking the rule. What does it matter anyway? He would never dream of meddling with the Earl of Bromhurst’s haughty daughters.
Until he comes face to face with Lady Ariela, the eldest of the Master’s daughters.
Her elusive smile and open manner cause him to question his convictions. In no time, he’s drawn into Lady Ariela’s world of mystery and intrigue, a world where she and her sisters will do anything—including leaving twelve empty beds at midnight—to escape their father’s strict rules.
Only Jonas can uncover the truth and save them from their father’s wrath and their own folly, if he is willing to risk everything he’s ever worked for.
About the author

When Sarah Boucher’s not embroiled in either teaching kindergarten or penning a new fairytale, cute shoes and handbags, cheesy music, movies that cause her to snort while laughing, baking (especially if chocolate is involved), and more British television than anyone this side of the Atlantic has any business watching, keep her entertained.A native Utahn, Sarah graduated from Snow College and Brigham Young University. She currently lives and teaches in Ogden, Utah.
Goodreads | AmazonUk | AmazonUS | Twitter