Cathy has been reading Turn Of The Tide by Margaret Skea. 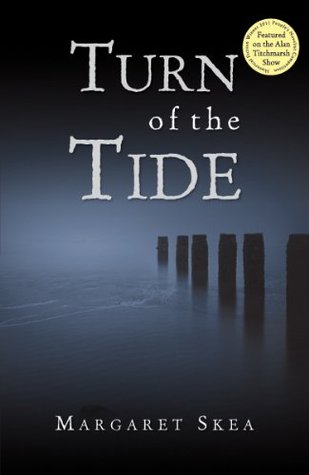 Initially, I wasn’t too sure about this book. There are a lot of characters, and their allegiances, to keep track of, which I found it a little confusing at first. Writing them down as a quick reference helped as it’s not so easy to keep referring back on a kindle. The more I read, the easier it became and the story took hold. Set in Ayrshire in the sixteenth century it tells of a notorious feud that lasted almost two centuries, between the Montgomeries and the Cunninghames. In the middle of these two warring clans is Munro and his family. Munro owes his loyalty to the Cunninghames, even as he is ever more uncomfortable with their actions and behaviour, and his understandable failure to comprehend the reasoning behind the feud.

After an ambush and horrific massacre, not to mention several terrible retaliations, the two families are charged by King James VI to publicly declare a truce and with members of each family vying for the King’s favour, it’s not long before tensions erupt again. Munro escapes retribution for his part in the ambush but his conscience, his wife and his gradual friendship with several Montgomeries, make him reassess his priorities, regardless of the fact his association with the rival clan would be condemned out of hand by certain members of the Cunninghames.

The story is firmly rooted in the time and place by skilful, descriptive writing and evocative dialogue. It’s a complex tale of politics and intrigue, with basically one main, and despicable, miscreant – William Cunninghame, Glencairn’s heir. Despite the truce, he has no intention of even attempting to keep the peace. He is vicious, overbearing and completely intolerant of perceived slights, as Munro’s family learn to their cost. Anyone who offends him is in a very precarious position.

It’s a harsh and dangerous time, when hatred and revenge is rife. Munro walks a fine line between the two families, always having to be on the alert while just wishing to live his life quietly, at home with his wife and children. Always conscious of the choices he makes, and the resulting actions, as to how they might affect his family. This is shown extremely well by the vast chasm between daily family life on the farm and the conflicting violence and tragedy.

Margaret Skea creates a good balance between fact and fiction, blending both seamlessly. Munro especially stands out, and initially it was his character that helped draw me into the story, which, to all appearances is a convincing and representational account. The characters, both real and fictional, are well defined and believable and the story well crafted – I can only imagine the depth of research this took. I love the tense build up to a very unexpected ending. 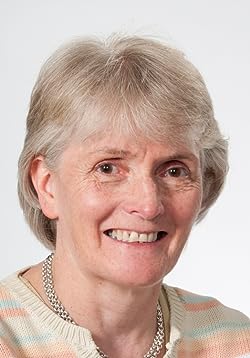