An Off-Piste Christmas by Julie Houston
My rating: 4 of 5 stars

An Off-Piste Christmas is a light romcom style novella and should ideally be read as part of the author’s series of books surrounding the Westmoreland family and friends. For those familiar with the characters from other novels it will make much more sense, than for first time readers.

There is an epic cast of characters to get your head around, most introduced early on in the book. They have complex relationships which take a bit of getting used to. That said the style is fun and upbeat.

The storyline follows a post Christmas skiing trip to the Italian dolomite mountains for a group of twelve English-folk, all related to or who are friends with Harriet Westmoreland. The group is diverse; twin three year olds, tweens, teens and post teens, a couple with their own three year old, whose real father is dating Harriet’s student daughter and even a seventy year old Granny.

The accommodation is top of the range in a resort known for its celebs, but try as she might Harriet is not a skier and soon gives up in favour of taking in the sites. These include a face to face with a dead ex-lover. Throw in vile Vivian and one or two other incidents and this makes for a lively and exhausting read.

Probably recommended for those readers who have previously fallen in love with the Westmoreland tribe.

The last thing Harriet Westmoreland wants is Christmas away from home, particularly when skiing, snow, heights and freezing her backside off are on the menu. While her own family, together with her best friend Grace’s, are soon whizzing down ridiculously high and scary mountains in the fashionable Italian resort of Cortina d’Ampezzo, Harriet is stuck in the remedial class on the nursery slopes unable, it seems, to remain vertical.

Tired of trying to stay upright in the dunces’ class, Harriet decides to overcome her fear of heights and take her bruised body off to explore the refugios in the magnificent Dolomites above Cortina. And maybe catch a glance of George Clooney, rumoured to be in town… But what happens next triggers a totally unexpected avalanche of events which proves that, for friends Harriet and Grace and all their families, Christmas really is a time for little miracles… 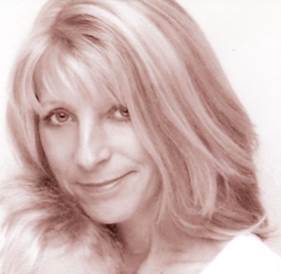 Julie Houston is Yorkshire born and bred. She lives in Huddersfield where her novels are set and her only claims to fame are that she taught at ‘Bridget Jones’ author Helen Fielding’s old school and she was rescued by Frank Bough when, many years ago, she was ‘working as a waitress in a cocktail bar’ at the Kensington Hilton in London.

After University, where she studied Education and English Literature, she taught for many years as a junior school teacher. As a newly qualified teacher, broke and paying off her first mortgage, she would spend every long summer holiday working on different Kibbutzim in Israel. After teaching for a few years she decided to go to New Zealand to work and taught in Auckland for a year before coming back to this country.

She now teaches just a couple of days a week but still loves the buzz of teaching junior-aged children. She has been a magistrate for the last fifteen years, and, when not distracted by ebay, genealogy (so time consuming but so interesting – she recently discovered her husband is descended from the poet Shelley and the Duke of Milan!!) and crosswords, she spends much of her time writing.

Julie is married, has a twenty-one-year-old son and eighteen-year-old daughter and a mad cockatoo called Lincoln. She runs and swims because she’s been told it’s good for her, but would really prefer a glass of wine, a sun lounger and a jolly good book.