Alison has been reading Never Coming Back by Deirdre Palmer 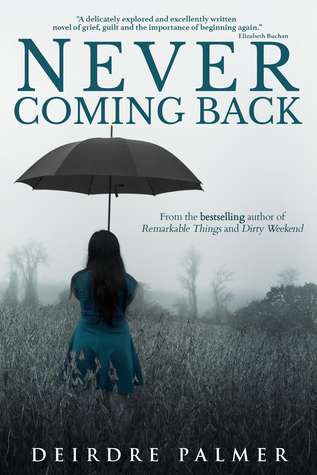 ‘Never Coming Back’ by @DLPalmer_Writer

Your best friend dies. All because of you. How do you go on? Layla is struggling to come to terms with the death of her best friend, Danni, at a student party almost a year ago. Perhaps she never will – because only Layla knows the truth about what happened that night. Danni’s parents, Melody and Reece, invite Layla for weekend visits to their Sussex farmhouse home, and she’s happy to accept – until Melody’s increasing dependence on her sends out warning signals. Although she knows it’s time to break away, for all their sakes, Layla’s guilt over Danni’s death has her returning, time and again. When Layla meets Morgan, the connection between them is unmistakable. But until she confronts the past, she can’t face the future, let alone allow herself to fall in love. There is only one way out: Layla must confess her secret to Danni’s parents. But can she risk breaking their hearts all over again? And will Morgan still love her, once he discovers the kind of person she really is? It’s the hardest decision. And time is running out…

The topic of guilt and grief and how different people deal with loss and tragedy is at the heart of this extremely thoughtful and well-written novel. The characters are beautifully drawn and three-dimensional. Layla, in particular, is compelling; her mixed emotions, her grief, her guilt, vividly and realistically portrayed.

Her relationship with Melody and Reece is heart-breaking to read. I was so sorry for Melody, and at the same time frustrated because I so wanted her to move on, to find peace – to write a character that pulls on the emotions like that is a real skill.

Layla’s relationship with Morgan avoids the stereotypical romance that would have, for me, ruined the story. Layla is pulled, by the past and by her potential future too, but the connection between her and Morgan isn’t used as a cure all or a neat conclusion. This was really refreshing.

This is a slow-paced book, but that suits the mood and the subject matter perfectly. My only criticism would be that on occasion things are a little too drawn out. I would also like to have known more about Kate, Morgan’s girlfriend, and why she behaved as she did. The multiple viewpoints work well on the whole, and we do have some of the narrative from Kate’s point of view. Because of this, I did want her to be more complete as a character.

That said, I thoroughly enjoyed this lovely book and would certainly look out for more by the author. 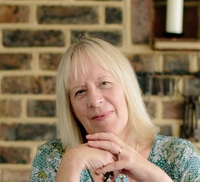 Deirdre lives in Brighton, the city by the sea. Most of her working life has been spent in administration, mainly in the public sector, most recently at the University of Brighton.When she began writing fiction seriously, she joined the Romantic Novelists’ Association’s New Writers’ Scheme, and is now a full member of the Association.In recent years she has twice been a major prize-winner in the Mail on Sunday Novel Competition.Deirdre belongs to a thriving, ten-strong blog group called ‘The Write Romantics’.