The Shack by Wm. Paul Young
My rating: 4 of 5 stars

The Shack is a book which falls into the spiritual, theology, philosophy and Christian fiction categories for me, I wouldn’t want to give it just one label as it covers a multitude of areas, but definitely covers the trinity of God, Jesus and the holy spirit.

The story-line revolves around Mackenzie Phillips and a weekend spiritual experience in a shack. Not just any shack, but the shack where police suspect his child was brutally abused, before her certain death.

Mack’s a mess and has been since Missy went missing whilst on a camping trip with Mack and her brother and sister. He blames himself and it is affecting home-life. One day Mack gets a message inviting him to the shack, he doesn’t know if it’s real or a hoax or the killer. He packs his wife and family off to see friends and then heads out on a wintry journey alone, to the shack.

The story of his experience is enlightening, he meets a God persona, a man named Jesus and an almost ethereal woman called Sarayu. They welcome him with love and work on his deep emotional wounds and beliefs in a weekend that he’ll never forget.

When reality returns Mack has one hell of a story to tell and a changed outlook for the future.

This book will easily be a marmite read, it was definitely a challenge with areas I found hard to understand and some which need re-reading. Overall the story is an interesting one and heart-breaking to hear Mack’s detailed life up to his visit to the Shack.

It’s one of those books where everyone will have an opinion and get something different from it because it chooses to use a religious theme, a topic which almost every reader will have experienced in one form or another. So as people have debated religion for millennia, so might they debate the subject matter within this book and how it is handled.

Mackenzie Allen Philips’ youngest daughter, Missy, has been abducted during a family vacation, and evidence that she may have been brutally murdered is found in an abandoned shack deep in the Oregon wilderness. Four years later in the midst of his “Great Sadness,” Mack receives a suspicious note, apparently from God, inviting him back to that shack for a weekend.

Against his better judgment he arrives at the shack on a wintry afternoon and walks back into his darkest nightmare. What he finds there will change Mack’s world forever.

In a world where religion seems to grow increasingly irrelevant The Shack wrestles with the timeless question, “Where is God in a world so filled with unspeakable pain?” The answers Mack gets will astound you and perhaps transform you as much as it did him. You’ll want everyone you know to read this book! 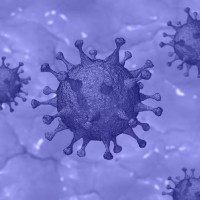