Terry has been reading Remember Me by A.K Lakelett 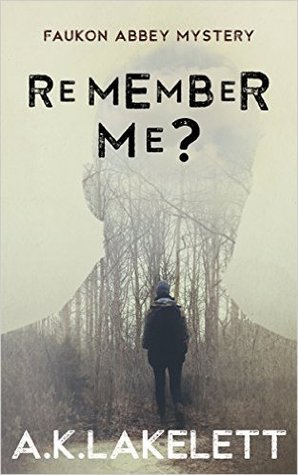 Remember Me? By A K Lakelett

‘A tragedy in three acts’ ~ this is an unusual take on the murder mystery novel.  It’s part play, part narrative, part poetry, revolving around a dead body found in Tersel Woods.  An experimental structure indeed, it’s one that works very well on some levels and less so on others.

An excellent start reveals the story of Julia, from the years 1993 ~ 1995, as she tells her mother about the joy she’s found with her new love, that quickly deteriorates into domestic abuse.  There’s a terrific poem that gives such stark insight into the emotions such victims experience, with the excuses they give to both themselves and others.  For Julia, though, there is a dramatic end to this tale.  I was very impressed by this part.

Moving on, I felt the dialogue was not always convincing.  Some colloquial/character illustrating speech does not come across, and one aspect I found unrealistic, thus: ‘Oh no, they are very private … I have not played with him.  I do not know his wife …’. In speech, people tend to say ‘they’re’, ‘haven’t’ and ‘don’t’.  This lack of abbreviation in dialogue occurs throughout the book, and when there are several in one paragraph of dialogue it feels very stilted.  The other thing that confused me was English people referring to their mother as ‘Mom’, for some reason I couldn’t see.  On a good note, there are many quietly humorous observations: ‘He claims and insists that he is not overweight, just a bit round.  His wife begs to differ … As with most pathologists, he’s not very good at dealing with the living, and always assumes nobody knows anything about anatomy’.

The plot itself is interesting and, generally speaking, the characterisation is cleverly done (I thought Estelle Warner was particularly good).  The story fitted well into the short format; it was a bit like reading a mystery novel without all the less interesting scene setting and incidental stuff, which is a plus for the short attention spans of many of today’s readers! And I didn’t guess whodunnit…