The Look of Love by Bella Andre
My rating: 4 of 5 stars

The Look Of Love is book #1 of the San Francisco Sullivans a series of stand alone hot romances each book taking on the story of one of the eight siblings. There are more books available in the Sullivan series which will be about other relatives sharing the family name.

In this book we are quickly told about the brother’s and sisters of Chase Sullivan. Chase is a photographer, he has siblings whose careers span acting, winery, baseball, fast cars, dance and books.
Chase heads out on a stormy night after celebrating his mother’s birthday, driving to Napa Valley to prepare for an early photo shoot.

He stops to help a bedraggled female who has driven her car into a ditch. Chloe is running from an attack by her ex-husband and is distrustful of Chase’s offer of a dry bed for the night, believing that he will expect payment in sexual favours, but she can’t ignore how handsome he is.

Chase is instantly attracted to Chloe but knows how to behave with a frightened woman, well almost. With her car towed away Chase persuades Chloe to stay in Napa at the guest house with him for a few days whilst he completes the photo shoot, she even helps out with the wardrobe malfunctions. With Chase saying and doing all the right things Chloe lets down her guard and steamy passion sparks from the pages.

This is a fast paced book with the main story-line taking place in less than a week and a good dose of insta-love. Strong good looking characters and well written hot love scenes make this a good start to the series.

Chloe Peterson is having a bad night. A really bad night. The large bruise on her cheek can attest to that. And when her car skids off the side of a wet country road straight into a ditch, she’s convinced even the gorgeous guy who rescues her in the middle of the rain storm must be too good to be true. Or is he?

As a successful photographer who frequently travels around the world, Chase Sullivan has his pick of beautiful women, and whenever he’s home in San Francisco, one of his seven siblings is usually up for causing a little fun trouble. Chase thinks his life is great just as it is–until the night he finds Chloe and her totaled car on the side of the road in Napa Valley. Not only has he never met anyone so lovely, both inside and out, but he quickly realizes she has much bigger problems than her damaged car. Soon, he is willing to move mountains to love–and protect–her, but will she let him?

Chloe vows never to make the mistake of trusting a man again. Only, with every loving look Chase gives her–and every sinfully sweet caress–as the attraction between them sparks and sizzles, she can’t help but wonder if she’s met the only exception. And although Chase didn’t realize his life was going to change forever in an instant, amazingly, he isn’t the least bit interested in fighting that change. Instead, he’s gearing up for a different fight altogether…for Chloe’s heart. (love story, contemporary romance, alpha males, heroes, sexy romance, bad boys, falling in love). 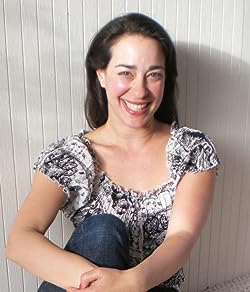 Bella Andre is the New York Times, USA Today and Publishers Weekly bestselling author of “The Sullivans” and “The Morrisons” series

Having sold more than 5 million books, Bella Andre’s novels have been #1 bestsellers around the world and have appeared on the New York Times and USA Today bestseller lists 28 times. She has been the #1 Ranked Author at Amazon (on a top 10 list that included Nora Roberts, JK Rowling, James Patterson and Steven King), and Publishers Weekly named Oak Press (the publishing company she created to publish her own books) the Fastest-Growing Independent Publisher in the US. After signing a groundbreaking 7-figure print-only deal with Harlequin MIRA, Bella’s “The Sullivans” series is being released in paperback in the US, Canada, and Australia.

Known for “sensual, empowered stories enveloped in heady romance” (Publishers Weekly), her books have been Cosmopolitan Magazine “Red Hot Reads” twice and have been translated into ten languages. Winner of the Award of Excellence, The Washington Post called her “One of the top writers in America” and she has been featured by Entertainment Weekly, NPR, USA Today, Forbes, The Wall Street Journal, and TIME Magazine. A graduate of Stanford University, she has given keynote speeches at publishing conferences from Copenhagen to Berlin to San Francisco, including a standing-room-only keynote at Book Expo America in New York City.

If not behind her computer, you can find her reading her favorite authors, hiking, swimming or laughing. Married with two children, Bella splits her time between the Northern California wine country and a 100 year old log cabin in the Adirondacks.