Terry has been reading Eclipse Lake by Mae Clair 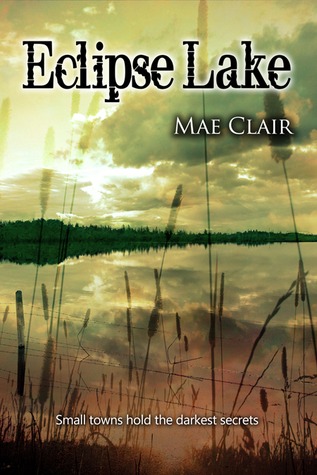 This is a very readable mystery with a romantic sub-plot, involving the feud between two brothers when bad boy-turned-multi-millionaire-philanthropist Dane Carlisle returns to his small home town and finds that the residents have long memories.  Dane has been widowed for two years; his adopted son, Jesse, arrives with him, and soon becomes interested in clearing his father’s name.  This is all set against the backdrop of Eclipse Lake, where Dane meets dedicated photographer Ellie.

By far the best illustrated character is Jonah Carlisle, who did everything right but ended up with so little in comparison with his brother, and can’t forgive Dane for neglecting their late mother.  The complicated relationship between the brothers comes over well, and Jonah’s bitterness, resentment and loneliness is most convincing.  Other characters, I found less so.  Through meeting a businessman who believed in him, Dane metamorphosed from a juvenile delinquent, convict and hobo into this golden success story with the outlook of a puritan priest, who looks like a Greek god but lives a celibate life (I know he was heartbroken when his wife died, but it still didn’t ring true) and, when he falls in love with Ellie (who adores him too, and is much more real), behaves like a 1950s Mills and Boon hero without the passion.

Then there are the teenagers (aged 16-18) who don’t drink, swear, or even smoke the odd dodgy cigarette, and hang out in ice cream parlours.  Jesse behaves like a truculent 14 year old but the next minute is using the vocabulary, reasoning powers and articulation skills of one much older and more experienced.  I did wonder if this is specifically written for the ‘clean read’ market, in which case I suppose many of these observations would be considered plus points!

Having said all that, it is a well thought out plot, I enjoyed reading it for the most part, and I’ll give full marks for the end twist which I totally didn’t guess – something that always impresses me.  Mae Clair writes well, I just think that more realistic characterisation would make all the difference; for instance, if Dane had just cleaned up his act rather than become a dynamic, super-rich Chris Hemsworth/Josh Holloway lookalike.  Then, I could have believed in him.