Today’s Team review is from Terry, she blogs at http://terrytylerbookreviews.blogspot.co.uk/ 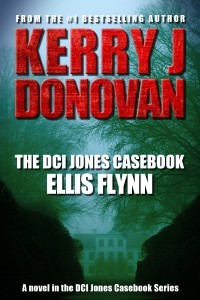 I’ve read a couple of this author’s other books, and still like On Lucky Shores best, which I recommend highly. This one is a standard sort of British detective crime thriller, generally well planned out. I liked the plot itself, and thought the baddies were suitably horrible, very convincing. From what I can see, Mr Donovan certainly knows his stuff about police procedures, no problems there. Some reviews say the plot is a bit far-fetched, but this is fiction, isn’t it? It wasn’t a problem for me.

I thought where this book fell down was the characterisation/dialogue, which was, at times, almost like a something out of a comic book, or a spoof; Captain Jean-Luc, the French detective (‘Jean-Luc, the same as your Captain Picard in Star Trek’), came across like something out of 1980s comedy series ‘Allo ‘Allo; he and Jones’s sidekick Alex, a Swedish Brigitte Nelson type, preface their English phrases with ‘how do you say‘ every five minutes, not forgetting Alex’s ‘ja‘ at the end of too many sentences, and their misunderstandings of English phrases ‘is this what is called in England being a butter-fingers?’ and something about uncovering ‘the Ring of the Vice‘. We know they’re French and Scandinavian; it’s not necessary to remind the reader every time they open their mouths. I couldn’t decide if it was meant to be spoof-like or not; I just found it irritating.

The book begins with the wonderfully depraved Ellis Flynn’s grooming of young teenager Hollie Jardine; this made for an excellent opening to pull the reader straight in, but was, alas, was let down by poor proofreading, and by the fact that part of the initial detective work hinged on the discovery of some photo booth pictures of Hollie and Ellis. Hollie was so excited about these, persuading Ellis to have them taken. This leapt out at me: do teenagers do the photo booth thing any more? I thought that was more something of 15 or 20 years ago; these days, teenagers take photos and videos on their phones, constantly. I know this is set in 2011, but virtually all teenagers had camera phones/smartphones by then.

I’m sorry not to give a better review, because Mr Donovan is a jolly good writer in so many ways, and I can see by others that this book has been received very well, so perhaps it’s just me! As far as the plot and suspense go it’s fine; it’s just the dialogue and proofreading that let it down—and I’d still read another book by him, especially if he wants to revisit Chet Walker from On Lucky Shores!