Terry has been reading Trust Me I Lie by Louise Marley 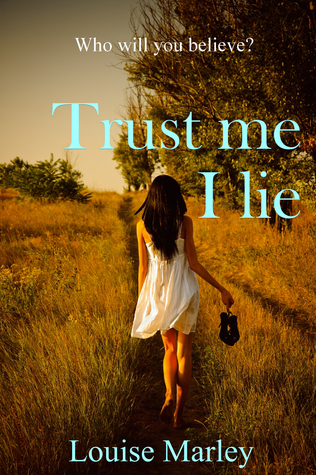 TRUST ME I LIE by Louise Marley

Trust Me I Lie ~ a hard one to categorise; it’s lighter than a serious crime solving, too edgy and current for a cosy mystery (a point in its favour, in my book), and even the quite dark stuff is written with a fairly light hand; yes, I’d class it as a ‘light mystery with romantic undertones’, if a seriously dysfunctional family with a hundred and one secrets and a few murders can be described as light!

It starts when Good Cop Ben Taylor is driving home in a storm and comes across a woman walking in the middle of the road ~ instantly he is drawn into the complicated world of Milla Graham. But is she who she says she is? Or is she even the person she says she isn’t? Is she a total nut job? Indeed, this mystery winds back and forth with many a clever plot twist; it’s certainly not predictable and I kept being surprised, which is good.

At times I found it a bit too confusing and thought that it could have done with a bit more thinking through; not the plot itself, in which I didn’t find any holes, but the way in which it was conveyed; at times I thought, eh? Writing a complicated mystery with lots of characters is an incredibly difficult thing to do, as you have to know exactly which bits of information to leak out when, how much emphasis to give certain points so they’re not overlooked by the reader, etc etc.   But even when I wasn’t exactly sure what was going on I still quite liked it, as Ms Marley writes nicely, I loved the idyllic setting(s), and I’d just think, oh well, I suppose that bit will make sense later. It usually did.

I wasn’t quite sure if I was supposed to like Milla or not ~ I didn’t, I found her too brattish, but she’s well written, very current, a typical contemporary fiction type heroine, a bit ballsy, a bit screwed up, pretty independent, etc. Ben is lovely, I really warmed to him, and I liked Milla’s cousin Mal, too.

Who would enjoy it? I’d say female readers between the ages of 18-40 who’ve read five thousand contemporary romances and have moved onto something with a bit more meat to it. I’ve probably just described Louise Marley’s current readership!