Terry has been reading Fury by Joan De La Haye 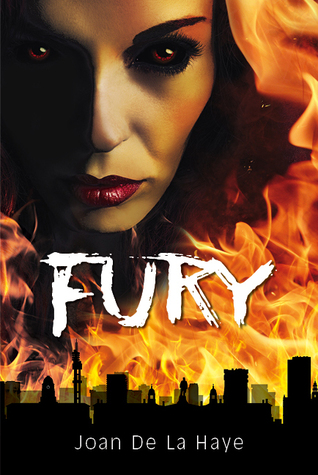 Set in the mean streets of Pretoria, the story starts with Andre, a smack addict who will do anything to get his fix ~ including supplying girls for the makers of snuff and sexual torture films.  He entices Angela, who is murdered in the most brutal way imaginable; the only trouble is, she keeps coming back to remind Andre of what he’s done….

….enter Alice, Andre’s next ‘mark’, an art history student who has a bit more about her than the usual victim.  Alice is caught in the middle when un-dead Angela wreaks havoc to extract her revenge.

This is horror at its most grisly, in fact I don’t think I’ve ever been more keen to point out that a book is not for the faint of heart, and you definitely shouldn’t read it while you’re eating.  If you’re a fan of films like ‘Hostel’ and ‘Saw’, and if you didn’t have to shut your eyes in the more revolting bits of ‘Trainspotting’, you’ll like this.  That is all I will say!

It’s an interesting portrayal of human life at its most debauched, and Andre’s junkie torment is expressed so graphically that it should put anyone off even mildly addictive prescription drugs (!). There’s a good twist at the end, it’s a decently thought out story and not badly written, certainly not boring, though I found some of the dialogue a little unlikely and there are lots of repetitions that should have been sorted out in redrafts and editing.

I found it just okay, but I imagine it will tick the boxes for lovers of no-holds-barred, gruesome horror.