Alison has been reading The Flower Seller by Ellie Holmes 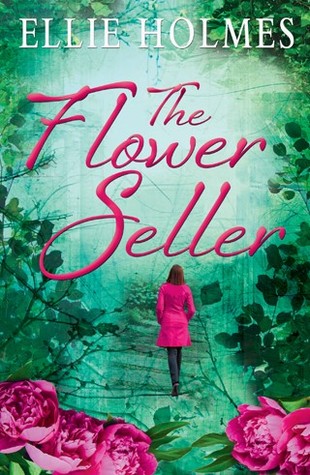 First of all, the blurb for this book is far too long. It makes me want to get out my red pen and start furiously cutting away. Hopefully it won’t put people off, because this is a lovely book.

Jessie is in her early forties, and is struggling to come to terms with her husband’s betrayal. She meets a younger man, but she isn’t sure if she can trust him either. The novel is told mostly from Jessie’s point of view, sometimes moving into her husband William’s viewpoint, and sometimes into the point of view of Owen, her younger lover.

I didn’t mind the point of view switches. It did add a new dimension when we saw things from William’s side. The switches are kept separate from each other, apart from on one occasion when the switch is a bit sudden and quite jarring.

Jessie is a great lead character, for the most part. At first I was one hundred per cent on her side. I have to say though, that as the book progressed, I felt less sympathy, and by the end, I was a bit irritated by her.

Having said that, it is nice to have a lead character who is a woman of a certain age. And a successful woman at that. The author does a great job of adding depth to Jessie; she’s a three-dimensional character with faults and with fears. And William and Owen are very real too.

My issue with Jessie is an issue that I find I have a lot recently with older female characters. Those faults she has certainly aren’t physical ones. She’s beautiful – as both men in her life continuously remind her. At one point she’s described as lithe. Yet she works long hours, seems to continuously drink wine and eats lots of lovely dinners, and never exercises. As a woman in my forties, I can’t identify with that. It genuinely made it very hard for me to feel sympathy for Jessie, to believe in her. Where’s her cellulite? Where are the wrinkles? How does she drink as much as she seems to and still manage to get up and do a fourteen hour day?

The writing is competent, smooth and, on the whole, technically good. There are a few irritating dialogue tags that should have been got rid of during editing, and a few moments of dialogue that didn’t quite ring true (again, something that should have been picked up in the editing). But the style is lovely, easy to read, and the narrative carries you along. Ellie Holmes is a talented story teller, and this is an enjoyable read, one I’d definitely recommend. I just wish I’d felt more in tune with Jessie, that I’d liked her more than I did.