Today’s team review is from Judith, she blogs at https://readandreview2016.wordpress.com/ 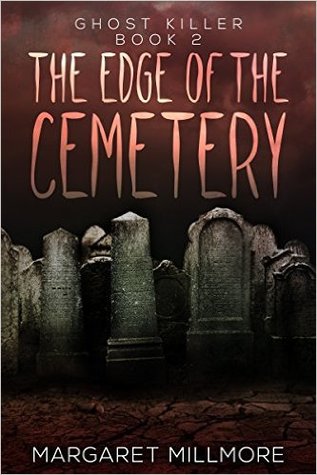 Title: The Edge of the Cemetery

The Edge of the Cemetery is the sequel to the supernatural thriller, What Haunts Me, following George Sinclair and his friends,  all of whom have the remarkable talent of being able to see and vanquish ghosts and demons. In this book, George faces some tough demons, and has to act quickly in order to stop Gilles, one of the most powerful, murderous ghosts of all time from unleashing all kinds of supernatural danger.
I liked that the book starts In medias res, so we are introduced to action sequences much quicker than in the previous book. I thought the action sequences throughout the narrative were very dramatic and I could certainly see the events unfolding clearly in my imagination. I also thought the mystery surrounding Calvin, the human chosen to “converge” with Gilles and magnify his power, (or as I dubbed him: Creepy Calvin) was intriguing, although it took me a while to work out what his significance was. I liked Millmore’s development of the friendship (and potential romance) between George and Billy, but any hints of their relationship were very sparse so it was difficult for me to want them to “get together”.
However, I thought there was excessive recapping of What Haunts Me which was disappointing because I read it so recently, although other readers may benefit from this. There also seemed to be an over-reliance on dialogue for exposition, and I thought there could have been more creative ways to conceal or reveal different pieces of information.
All in all, I thought the narrative structure of The Edge of the Cemetery was clearer than in What Haunts Me, the characters were more well-established and I enjoyed discovering what was going on in the dramatic life of George Sinclair. If you enjoyed What Haunts Me, you will really enjoy The Edge of the Cemetery.
Star Rating: 3.5/5
The Edge of the Cemetery is available to buy as an e-book or paperback from Amazon.co.uk and Amazon.com