E.L. has been reading Darkroom by Mary Maddox 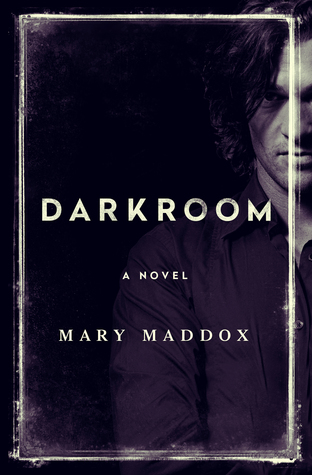 I enjoyed Darkroom by Mary Maddox on so many levels. On the one hand, it’s an exciting mystery but it is also underpinned by Maddox’s obvious love of art and in particular photography which enriches the story enormously.

The novel begins with a prologue describing four black and white photographs and Maddox goes on to cleverly structure the action around these images. They basically tell the story of a murder and Maddox uses her narrative to give the photographs meaning.

The person who captured the photographs is Day Randall, a free spirit who is dealing, not very successfully, with a bipolar disorder. Day disappears early on in the novel but her presence remains compelling throughout. Right from the title, it’s obvious that photography is going to be a significant aspect of the novel but it becomes an almost extended metaphor. One of the ways in which Maddox uses photography is in the idea of light and dark. It’s no coincidence that Day’s photographs are black and white with a raw, grittiness and Maddox proceeds to employ this idea in the depiction of her characters.

If Day is darkness then her friend Kelly Durrell is light. She is conventional to Day’s unconventional. Like Day though, her life is defined by art as she is the assistant curator of a museum. Kelly is probably the character most of us relate to, she is a kind, decent woman who always tries to do the right thing. Day has been living in her spare room for only 8 months but their bond is strong. Maddox gives us the information about Kelly, such as the fact that she is alienated from her family and lost her sister, but allows us to draw our own conclusions about her motives in creating a sense of family with Day. The light and dark motif also extends to other characters such as Gregory Tyson, a shadowy, dark figure or Cash Peterson the blonde, outdoorsy natural type.

Maddox’s love of photography is evident in all of her descriptions but particularly with buildings and locations. This creates a very visual novel so that at times it’s almost like watching a film. Likewise with her characters, particularly the minor ones who exist in the underbelly of society, her descriptions are vivid and almost documentary like. Interestingly, Larry Clarke is mentioned in the novel and Maddox recreates his style of photography with words.

The story is told to us in 3rd person but we get lots of the different characters’ viewpoints. This is very effective because it allows us to understand the motivations of the characters but it also adds to the suspense. Maddox feeds us new pieces of information via the different voices until, jigsaw style; the big picture starts to emerge.

I loved this novel for so many reasons. I think it can be enjoyed as a straight forward thriller but it’s also so much more than this. Maddox’s photographic way of creating a story is both ingenious and unusual. She has attempted to put a different spin on the crime genre and, in my opinion, has pulled it off with aplomb.