Judith has been reading Resthaven by Erik Therme 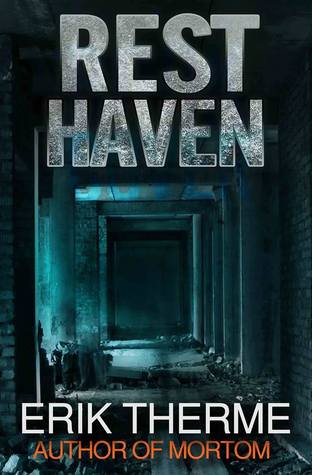 Rest Haven is quite short and I finished it in one session.  I haven’t read YA fiction before and it’s not really my thing so I’m trying to be fair.

Erik Therme’s writing style flows well and is easy to read. But the story is light on both descriptions of setting and of characters. As a reader,  I much prefer  descriptions to give me a sense of place and I like to, to some degree, to be able to picture a character.

The book is an interesting one of mystery and suspense, with various themes on peer pressures, friendship, life struggles, cruelty and death.

However it’s a slow starter; the plot only takes shape well into the book; perhaps not so much a plot as a series of action scenes with many twists and turns.

I found it difficult to empathise with any of the characters, even  Kaylee (who takes on the first person point of view). I think this is because they are presented all at once and, at first, there is very little to distinguish one from another except by name. Although, I need to say, this is remedied later on in the story where they become rounded as the reader learns more of each character’s past and current lives.

Even so, I think it would help if the characters were re-worked to be given more depth and different backgrounds from the beginning. The characters all seem to derive from unhappy, almost dysfunctional circumstances.

However, the dialogue seemed realistic enough for a group of fifteen year olds; the slang, the throw away sarcastic comments fitted in well with the characters.

On the whole I think this book would appeal to any teenager who wants a quick read of mystery and suspense. I think I’m just too old!