Olga has been reading The Dead Lands by Dylan J Morgan 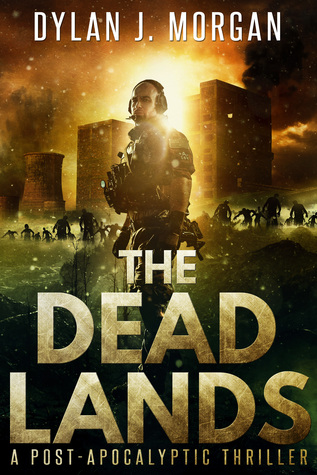 This review is written on behalf of Rosie’s Books Review Team. Thanks to Rosie Amber and to the author, Dylan J. Morgan for offering me a free copy of this book in exchange for an unbiased review.

I recently read and reviewed another one of Dylan Morgan’s novels Flesh see here , a horror novel, and I was impressed by the book. Another member of the review team (hi, Terry!) recommended The Dead Lands and I took note. The author is preparing the second book in the series The Dead City and kindly offered the reviewers a chance to catch up with the updated version of the first novel in the series. And I’m happy I followed the recommendation.

The Dead Lands is a post-apocalyptic vision of a world, or rather, a mission where a group of army officers from the planet Erebus are sent to rescue the president of a planet, Hemera who’s been in a cryogenic state for a hundred years following a nuclear debacle. What at first sight seems to be an elite group sent on an easy mission turns up to be anything but.

The book is told in the third person, and each chapter follows the point of view of a different character, and that includes the president of the planet, Lane, who is the only one of the members of the team we get to know before the mission (a disgraced ex-army officer turned bounty hunter and the one who perhaps it’s closest to a hero figure in the standard sense), a variety of the team members, people they meet at the new planet, and many more. It is difficult to say if any of the characters are the true protagonist or the hero (some are easier to empathise with than others, but all seem to have motives and reasons for their behaviours that are far from straight forward). From that perspective, the novel is very democratic and even characters (?) with no redeeming features, or possibly not human, are given a voice (or a consciousness). That makes for a very unique reading experience, one at times uncomfortable and surprising. Although I don’t play computer games, it feels as if one was living in one and in a mission with the characters, with the possibility of playing different parts (although not of your own choosing).

The book is dynamic and fast paced, with no lengthy descriptions (some can be more detailed like the characteristics of the weaponry), and there’s plenty of action, fights, and scary moments. There isn’t a lot of world building, and the reader is thrown straight into a world (or two worlds) that’s understandable if scary at times. The world of The Dead Lands is at the same time familiar (particularly the corruption and morals, or lack of them) but alien. What would our world be like after a nuclear war? I don’t want to give away the whole story, but let’s say that it’s not called The Dead Lands for nothing.

The novel is a great example of the genre. It has a gripping plot, characters that are complex and fallible (some with backstories we’d like to know more about), nothing and nobody is what s/he seems to be, there is betrayal, greed, corruption, cowardice, surprises galore, horror and a world that’s scarier because it’s uncannily easy to recognise. Ultimately, the question is, who is the real enemy? The one outside, or the fragmented loyalties and lies that are the quicksand on which the mission, and the whole world, is built?

I recommend this novel to lovers of the genre, but also to those who love a fast paced story full of surprises, and are willing to push their reading experience beyond comfort and ease.

Ah, and after reading the tasters of the next novel in the series, I can hardly wait.