Today’s Team Review is from Olga, she blogs at http://www.authortranslatorolga.com 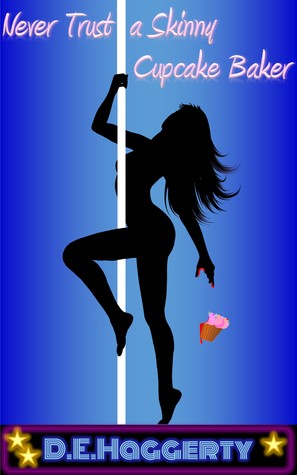 I am reviewing this book as part of Rosie’s Book Review Team and I received a free copy of the novel in exchange for an unbiased review.

From the description I thought this book sounded like a fun and light read, and indeed it is. We have the adventures of Callie, a woman who had to work hard to get her doctorate and now teaches at university, although only on a part-time basis, whilst also running a bakery with her friend, Anna. She’s just come out of a disastrous relationship that hasn’t done her self-esteem any good. She’s being pursued by a police detective, who according to all women who meet him is a Mr Hottie, but she can’t believe he’s serious as she feels she not in his league because she’s overweight and does not feel sexy. In an attempt at changing her perspective, her friend enrols both of them in a pole dancing class. Unfortunately this ends up quite badly, not because of lack of skill (that too) but because their instructor is killed and Callie becomes the main suspect. Not only that, but her position teaching at university is put in jeopardy because of this and she decides (with Anna by her side) that if the police won’t do anything to investigate and clear her name, she will.

Each chapter in the novel starts with an amusing quote related to cupcakes and the book moves at a good pace, with twists, turns, new clues and threats at every turn.

As is to be expected in cozy mysteries, the protagonist is quirky (she describes herself as a nerd and when nervous she tends to quote facts as if she were Wikipedia), self-deprecating and with a sense of humour. The male in the story is gorgeous and insistently pursues the protagonist no matter what (he seems too good to be true, perhaps a bit on the overprotective side, but that’s usual when the genre involves big doses of romance). I liked Anna, with her pink hair and her no-nonsense attitude. She is all up and go and drags her friend into action, like it or not. I hope we’ll get to know more about her as the series progresses, as in this one we don’t know much about her personal life other than that she gets propositioned by Dolly, the pole-dancing instructor (who although attractive, isn’t at all nice. Not by a long shot).

Perhaps because I read more straight thrillers than cozy ones, the investigation part of the novel for me stretched the imagination and required more suspension of disbelief than I’m used to. There aren’t that many clues but the few ones available keep being dismissed by the police (than other than Ben, the hottie detective, seem utterly useless) and the ending is satisfying, although seems to be brought on more by the guilty party than by the investigative skills of the police and the main characters. But there are enough twists and turns to keep everybody guessing, and quite a few characters you’d love to hate.

Overall it’s an amusing and light read, and includes a delicious recipe, and it is a good start to a series that I hope will develop further the characters and the stories.