Today’s team review is from Judith she blogs at http://judithbarrowblog.com/

Judith has been reading Silent Sentry by Theresa Rizzo 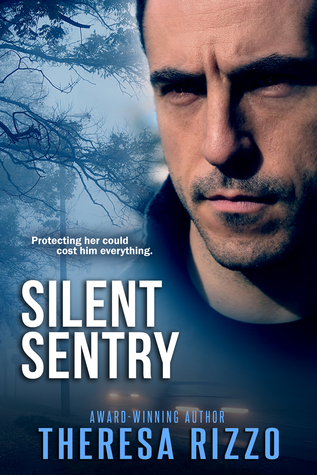 To say I enjoyed Silent Sentry is an understatement. Normally a slow reader anyway, I savoured each and every aspect of this novel. Theresa Rizzo’s writing style is outstanding; her ability to put together a series of complex plot-lines, populate the story with fascinating characters, place them against such  brilliantly described diverse settings as  run down, inner city Detroit and the rich trappings of  Grosse Point, is exceptional.

The impeccable research is obvious on each and every page: from medical knowledge to comprehensive expertise in the IT field, the intrigues of the Italian and Russian Mafia,  to the machinations of business and families; each layer builds the world her characters live and work in.

And what characters! They leap off the page. Joe and Gianna  are rounded characters, each  with flaws and strengths, honesty and deceits.  Portrayed  with depths  that is revealed in both their spoken and internal dialogue, the reader is shown how they think and why they act as they do. Yet, every now and again I was taken by surprise by the direction that they suddenly move in. And the supporting secondary characters are equally well portrayed, given characteristics, personalities and habits that bring them to life.  There is humour in the description of some (take Aunt Rosie for example), a sinister element in others. But don’t be taken in; sometimes what is written about one or the other of these secondary  characters turns out to be a ploy; what we read is not what we initially understood. And that’s just one aspect of what makes this such a good read.

And just look at that cover! Say no more.

There were only two things that occasionally brought me out of a suspension of disbelief. I’m used to there being double spaces between time-shifts and flashbacks. In the edition I read this novel, there were none. But that might have been down to the  formatting, so I’ll leave that there. The other problem for me, and this is a personal one probably. I do enjoy reading novels that are told by an omniscient narrator such as this is. I really enjoy those where chapters are devoted just to one character’s point of view. Those are my favourite. But I also read and enjoy a roving omniscient narrator, if it’s consistent throughout the story. In Silent Sentry however, the bulk of particular chapters is following one ( or even two) perspective when , all at once, another character’s short viewpoint pops in. As I say, this is a purely personal preference- but it did distract me.

For me Silent Sentry  crosses different genres: crime, thriller, mystery, romance. And it works perfectly. This is one book I would thoroughly recommend.

I reviewed this book as part of Rosie Amber’s Review Team: #RBRT