Noelle has been reading Murder On The Levels by Frances Evesham 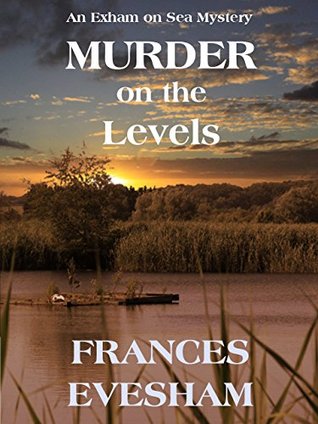 Book Review: Murder on the Levels by Frances Evesham

Murder on the Levels is the second in a series of short tales of murder by Frances Evesham. I was looking forward to reading this after I reviewed Murder at the Lighthouse, and I was not disappointed. This is a perfect short, cozy mystery.

Libby Forest was trapped for years in an abusive marriage, and after her husband Trevor dies, she takes some of the money from the sale of their house and buys a cottage in Exham on Sea, a small inbred coastal town. She currently works in a local bakery and hopes to have her own patisserie and chocolate shop eventually. In the meantime, she makes samples of her sweets available at the bakery.

At the beginning of this tale, Libby brings sandwiches and sweets from the bakery to the local cycling club, to the spot where they stop for lunch on one of their outings. Shortly after, everyone becomes sick and two of the bikers die. Libby, who is walking a friend’s dog, runs into the mysterious Max Ramshore, who Libby suspects is a government spy. He is also walking a dog – Bear, his enormous Carpathian sheepdog – and gets a phone call telling him his son, Joe, a detective sergeant in the local police force and one of the cyclists, has become seriously ill and has been taken to the hospital. He and Libby drive out to the wildlife reserve and what is now being treated as a crime scene. On her way home, Libby herself becomes sick. The only thing she ate that the cyclists would have eaten is an Eccles cake. Libby made it, and she knows she didn’t do anything wrong.

A poison, digitalis, is determined to be the source of the sickness. Naturally, suspicion falls on the bakery and its boss, Frank, and of course, Libby.

The book reintroduces the reader to some of the town’s colorful characters: Mandy, the young Goth who rents a room from Libby; Joe Ramshore, who resented Libby’s sleuthing in the previous mystery; Frank the baker; and Fuzzy, Libby’s marmalade cat who has an unusual liking for Bear. New are Steve, Mandy’s boyfriend, and Ali, Libby’s daughter, who comes to take care of her. Ali shocks Libby when she reveals she’s left her studies at the university and is going to build schools in a rain forest with a young man she’s met.

When Ali leaves, she deliberately places an envelope where Libby will find it; in it is a deed to a house in Leeds that Trevor left to Ali. He also deeded a house to their son, Michael. Libby is perplexed as to why her late husband would do this and becomes suspicious, since Trevor emptied all their bank accounts when he left her. Now Libby has two things to investigate, and this becomes three when, for no apparent reason, Steve is run off the rode while riding his motorcycle.

The author does a great job believably weaving together the disparate threads of this story, sending Libby hither and yon through West Country scenery and keeping the reader guessing until the very end. This is an engaging and easy read, and heralds the continuation of a wonderful mystery series. I strongly highly recommend Murder on the Levels, a great cozy to curl up with!

‘Nashville, Tennessee is still the Country music capital of the world for those who want to do things the old fashioned way, while soaking up the atmosphere of the city. Aspiring singer/songwriter Trish is no exception. She’s working on the lyrics of a song as she quietly hums along, catching the attention of one of the two other occupants of the coffee house.’
'a must read for anyone with a Humphry Bogart shaped itch that needs scratching.'
Set in the 1740s in Scotland and colonial Pennsylvania.
WW2 seen through the eyes of a young boy who preferred talking to birds rather than war.
'someone isn’t just messing with his mind—they’re trying to kill him.'
'a vampire prince who goes into hiding from his own kingdom.'
DCI Galbraith is joined by a mysterious visitor from Section S—a section no one in the precinct has heard of before.
'Women who either lived around the time of the 1215 Magna Carta, or women who were affected, influenced by or made use of the clauses within the document.'
'the writing itself is as good as that of any classic American novel'.