Shelley has been reading Bob by Tegon Maus 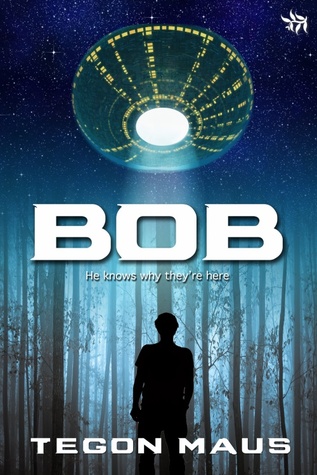 It’s been quite a few years since I read a sci-fi novel and I was looking forward to getting my extra-terrestrial teeth into reading Tegan Maus’s, BOB.

We are introduced to main character and journalist, Peter Anderson as he is bundled into a car with a large Russian called Bob.  You get a good sense of Peter’s angst at being driven around town at high speed by this unusual character.  Maus opts to write Bob’s dialogue with a Russian accent.  In my head, I was rolling over the speech as if I was a member of the KGB.  After a while, it did start to slow my reading down as I tried to ‘get into character’.  Fortunately, Bob is a fun chap to read about, although he remains a mystery for the most part.  I did begin to chuckle at the ‘Bob have cousin’ line.

Any sci-fi fan holds out hope that aliens are real, and Maus uses this to great effect in his book by portraying the other-worldly visitors as ‘human-like’.  Emma is a complex character who finds a place in Peter’s heart, but is this the real thing or just an illusion?

The storyline is quite complex but full of action, humour, government conspiracies, and suspense.  I had to re-read a couple of sections as I did get lost occasionally.

All in all, Bob was an enjoyable read.

I received an copy of BOB in exchange for an honest review via Rosie’s Book Review Team #RBRT and rated it 3.5 stars.