Today’s team review is from Babus, she blog at http://ajoobacatsblog.wordpress.com

Babus has been reading The Red Door by Rosa Fedele 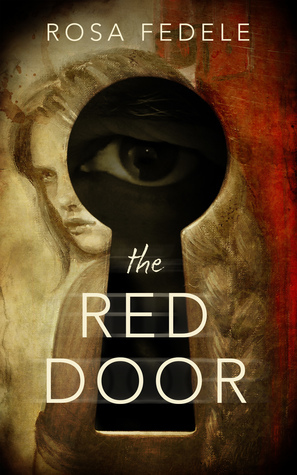 Set in Glebe, Sydney, The Red Door is a book of intrigue as we follow the owner of mansion, Rosalind, which has been converted into flats. The resident in number three is mysterious and keeps to himself, rarely allowing anyone into the flat. However, on the lease paperwork the name is Billah, the same as the victims of a double murder thirty years ago. This leads to much speculation about the man in number three, which slowly does unravel as our protagonist and her friends delve into old newspapers and speak to a retired police officer who was on the case.

Much of the book revolves around the life of the owner of Rosalind and her friends, which packs it with characters and more intrigue about them. You have Claudia, a young girl who hangs around and is often covered in bruises, Anne who is a popular character and links us to the rather unlikable Monique and a host of other characters. This is also one of the elements that made the book a little hard to read as there was just so much in addition to this central story about the unsolved murder of two teenagers years ago that I felt my attention wrenched away from one character and situation to another too many times.

Despite the fact my attention was diverted to so many characters, I really enjoyed this book and I became so invested in the characters I couldn’t put it down The last 60% was utterly gripping as we read the conclusive and loose ends to all the different stories and characters.

If this book had been better edited, so that the storyline was tighter and the narrative more linear, I think it would have possibly lost a bit of charm, however, it definitely could do with editing to make it easier to read and potentially a five star read.