Today’s second team review is from Teri, she blogs at http://teripolen.com/

Teri has been reading Rising From The Ashes: The Chronicles Of Caymin by Caren J Werlinger 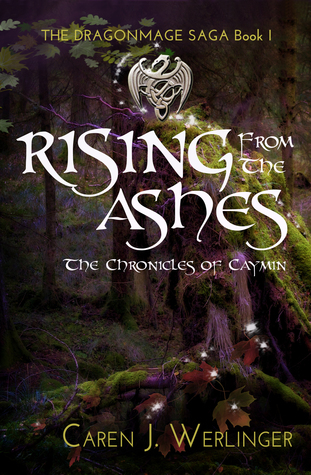 I admit – I was skeptical about a girl being raised by a clan of badgers, but as an animal lover and someone who carries on conversations regularly with my cat (and wishes he could answer), I really enjoyed the characterization of the animals in this book and listening in on their conversations.  Some of them were among my favorite characters and wriggled their way into my heart.

The author did a wonderful job of gradually bringing Ash from the world in which she was raised to human society and showing her heartbreak at leaving her badger family and the only world she’s really known, her mistrust of ‘two-legs’, wonder at seeing new places and tasting unfamiliar foods, and struggle to fit into the human world.

I’ve only read a few stories with dragons, but I liked the author’s different take on them and the idea that dragons may bond with a human.  In this world, dragons equal power, so some power hungry people want what Ash has, but this story hints at an even bigger conflict to come in the next book.

As the first several chapters primarily involve Ash, Enat, and the badgers, I felt a little overwhelmed when nearly all the other characters are introduced at once and had some difficulty keeping them straight at first.  The pacing is somewhat slower in the beginning when the students are attending lessons, but by the midpoint, it picks up considerably when a traitor is revealed and some characters become more skilled in the use of their magic.

The world-building is solid and the characters interesting and well-developed, although I hope the second book goes into more depth with some characters’ backstories.  Rising From the Ashes is a well-written novel that would appeal to all ages, not just YA.

I received a digital copy of this book in exchange for an honest review through Rosie’s Book Review Team.

2 thoughts on “Rosie’s #BookReview Team #RBRT RISING FROM THE ASHES: The Chronicles Of Caymin by Caren J. Werlinger”