Today’s team review is from Alison, she blogs at alisonwilliamswriting.wordpress.com

Alison has been reading When Doves Fly by Lauren Gregory 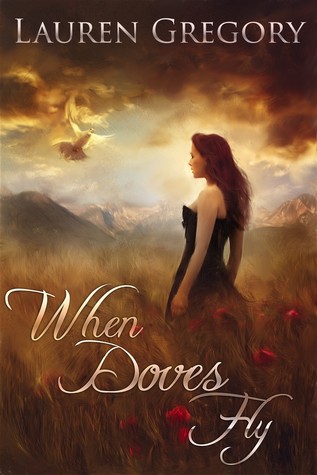 I love well-researched and realistic historical fiction, portraying the world as it would have been and the people as they were. I particularly love well-written historical fiction that tells the story of women, and that pulls no punches. That’s certainly what you get with this novel.

At first, I have to admit I was a little wary. I was worried that Lily was going to be one of those historical women that I hate – the type that people describe as ‘feisty’, who manage to live lives that are completely unrealistic and who emerge from life-changing, catastrophic events unscathed, having snared the handsome hero, won battles single-handed, carved out an independent existence, made their voice heard etc. etc. etc.

But this book doesn’t shy away from the realities of life for women, particularly women alone, in the wild west of the nineteenth century. This is not a light romantic historical – this is gritty, realistic, hard-hitting and at times hard to read. There are no easy solutions for Lily, no fairy-tale rescues. She fights for herself, she has to rely on herself, but she fails as well as succeeds, she suffers, she’s frightened at times, she messes up. In short, Lauren Gregory tells the truth, and tells it well. Life for Lily in the boom town of Clear Springs is hard – she makes enemies as well as friends, and those relationships have dreadful consequences.

I do feel that the early parts of Lily’s story are rather glossed over, not given enough detail. I would have liked to have got to know her better, to have understood her motivations more clearly. More time spent on this would have added a depth to Lily’s character and would have made me feel more invested in her story. Aside from this though, the writing is well-crafted, the sense of time and place extremely well-executed, and the story line is gripping, dramatic and involving. A very good read indeed – I look forward to reading more from Lauren Gregory.