Wendy has been reading Heart Of The Hostage by Christina Hollis 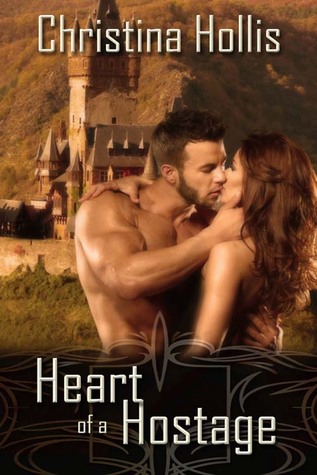 This book revolves around two basic main characters: Princess Maia and her arch enemy, Mihail Dukagjini. Mihail believes that he is the rightful heir to the thrown and has started his own little coup to take over Kharova, where Maia’s brother is King.

While traveling Maia’s car breaks down and she decides to head for the hills with her little dog, Truffle, in tow. What Maia does not know is that she is headed right for Mihail.

Once Mihail has Maia in his sight, he is not about to let her go. What Mihail does not realize is Maia is not going to go easily.

Mihail finally gets Maia back to home, Castle Dukagjini, where he until to hold her until the king pays her ransom. Now, this castle is not like the beautiful ones that you see on television, but is one that is run down and ruled by rats.

Maia is forced to stay with Mihail as the king refuses to pay any ransom for her return. Instead, Mihail is forced into making other’s believe that Maia is there on diplomatic mission to bring peace between the families and not have her reputation or her engagement to Cedric Tipoli ruined.

As times passes, Maia and Mihail are forced to face the truth that they are drawn to each other and their chemistry is undeniable. Maia is finally able to escape back to the castle to tell her brother that her engagement with Cedric is off. Mihail,not knowing what Maia is doing, is also making his way to the castle to talk to the king. However, both come up against some heavy resistance.

Will Maia be forced to marry Cedric? Does the king allow Mihail to go free upon his arrival to the castle? Will Maia ever get her happily ever after? You will have to read the book.