Happy New Year to all our readers, we start the year with a review from Suraya, find her here http://www.thestorymint.com

Suraya has been reading Any Man Joe by Robert Leigh

Review of Any Man Joe

The opening line to this novel is, “So this is dying…”

It certainly grab’s a reader’s attention and immediately raises questions like, ‘who is dying? Should I care?’

I read on so I did care, especially as the tone was self-deprecating and had quite an ironic tone.

Joe speaks first, telling us how it feels to die then proceeds to live. It sounds painful and he admits it is by describing the terrible agony when he tries to sit up.

DI Edwards is the second and he goes about the business of telling us what the crime scene looks like, and that there are other victims. One of these is Talli, the head of a major underworld gang dealing in drugs and committing other crimes.

The chapters alternate between DI Edwards and Joe from there on. We follow the investigation through the eyes of DI Edwards and Joe’s treatment/ conviction. Although he is admitted to a hospital for mentally ill people there is still a question mark over how events took place in the flat that led to Joe being shot in the stomach.

Joe’s description of the way he is escorted down the corridor, through locked doors and past people in rooms dressed as he was has a certain poignancy about it and I found myself feeling just a bit sorry for Joe.   However, a later conversation between Carol and Joe leads him to realise he is in a ‘nutter’s hospital’ and sympathy is replaced by empathy.

This novel, like his first one The Kill Line, is very clever, in that I found myself understanding and empathising with Joe, a psychologically damaged person who commits murders. We learn why and it seems plausible.

Robert Leigh has juxtaposed a second narrator; DI Edwards whose first person narrative runs alongside Joe’s provides a kind of counter point to Joe’s story blurring the line between right and wrong. 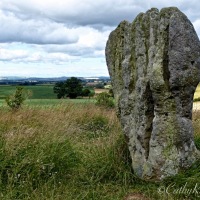