Today’s team book review is from Barb, she blogs at http://barbtaub.com/ 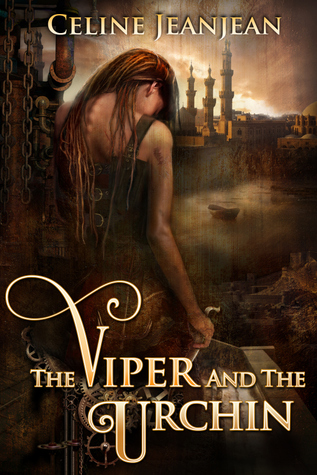 I was thinking of the three sliding variants of character development—competence, proactivity, and sympathy—as I read The Viper and the Urchin, author Celine Jeanjean’s debut novel. Based on the blurb, I agreed to do a review, but I was nervous. Her novel had a terrific premise—a master assassin who can’t handle the sight of blood—and was in the steampunk/fantasy genre I love. I needn’t have worried.

FROM: Barb
TO: Celine

I just had to tell you… I have a TON of other books ahead of The Viper and the Urchin in my TBR queue. But I stayed up last night to read it anyway because I read the opening pages and I was hooked. What an incredibly fun read!
–Barb

So where did Celine set the Sympathy/Competence/Proactivity sliders for her two main characters?

What you soon realize is that these two characters who seem different in almost every possible way— from education and birth to status and wealth—are actually very similar. And when they combine their talents, all their character sliders go up as they fill in each other’s gaps.

I can’t tell you how much fun it was to see the seemingly-disparate Longinus and Rory forced by circumstances and then a reluctantly-acknowledged but sincere affection into combining into a formidable force. And when they have to use their coalition against the single most formative figure in either of their pasts, it’s perfectly magical. When you combine that with the brilliant world-building and especially with the rapid-fire snarky humor and pace, you have an absolutely remarkable first novel. The side characters (especially the intriguing Rafe, who complacently suggests, “I could be your sidekick, you know. Or your love interest. There’s always a sidekick and a love interest in stories.”) are each swiftly but perfectly drawn.

Author Celine Jeanjean has a firm but dead-on touch with the story arc. She finishes off the existing villains, and explains the mysteries. But all those character-driven clues to the bigger backstory leave readers hungry for more adventure, and especially more time with these completely intriguing characters. Of course, I’d give The Viper and the Urchin five out of five stars. In fact, my only complaint is that we have to wait so long for the sequel.