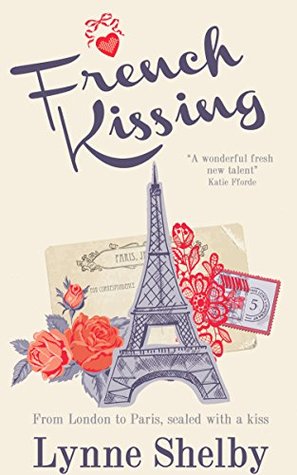 Well, this was a pleasant and undemanding afternoon’s reading! Light romance/romcom is not a preferred genre of mine, but there was something about the blurb that appealed to me.

Anna Mitchel, London girl, has been writing to French penfriend Alexandre since she was eleven. Now, they’re in their late twenties, and Alex has come to visit. Anna’s boyfriend Nick is not pleased about the sudden appearance of this sexy Frenchman, and Anna is disturbed by the fact that all her friends fancy him. Then there’s the girl back home, who Alex is still in love with….

This book is very well written chick lit, with a bit more substance than your average zany-cupcake-and-kitten-heels type novel. I didn’t actually like Anna very much—I thought she was rather selfish and lacking in self-awareness, especially concerning the way she treated Nick, and her attitude towards Izzy and Beth. At the same time as being annoyed with her, though, I noticed how excellent the characterisation is; each character is clear and well-defined. Being annoyed with a character means that he/she has come alive, after all!

The last third of the book is set in France; there is much description of Paris, etc, but it is not intrusive and is artfully woven into the story. I guessed the outcome only about half way through, which is good for a chick lit book – in the past, I’ve guessed it in the first chapter! And there’s a nice unexpected turn of events at the end, too.

This is professionally presented and I’d have no hesitation in recommending it to lovers of the light romance; I haven’t got anything negative to say about it at all.