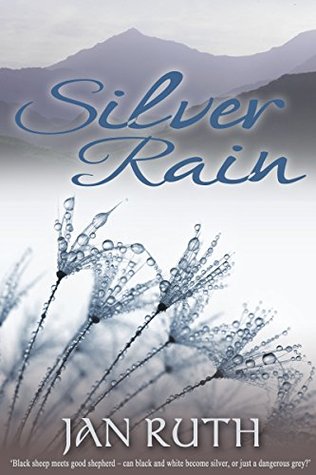 Alistair Black, fifty, divorced and homeless since the house he and his ex-wife had shared has been sold, is rapidly sinking into a state of despair. His only option is to descend on his brother and sister-in-law at their farmhouse, Chathill, where he grew up. Chathill is actually half his by right even though the brothers are not related by blood. Al and George, have been estranged for the last fifteen years and Al’s edited explanation of why sealed the demise of his marriage. So, along with his two dogs, Butter and Marge, and Jo, his new girlfriend, in a camper van stuffed with all his worldly goods, he sets off for North Wales.

Kate Roberts has been widowed for a year and is feeling guilty, about lots of things, not only because she’s packing up her dead husband’s stuff for the charity shop. She’s been invited to Fran’s, Greg’s sister’s, and is looking forward to the break from being at the beck and call of her elderly mother, self-centred daughter and selfish sister. Kate has run round after her sister, Annemarie, for years picking up the pieces and looking after her kids, and has had enough. Kate needs to look after herself for a change. However, it’s not quite the peaceful break Kate was anticipating. The angry vibe emanating from George is palpable and unnerving. Fran and her daughter, Becca, are kept busy looking after their rescued animals, leaving Kate to deal with the domestic chores.

Kate and Al’s introduction is an unconventional one. Kate, deciding to freshen up after arriving at Greg and Fran’s chaotic and run down farm, makes her way to the bathroom and pushes open the door…

**Once inside, she was confronted by a naked man. Starkers! Well, he would be, since it seemed he’d been in the shower cubicle. She was too old to be embarrassed by nudity, but it was still a shock. The little wooden sign swinging on the handle outside had clearly said “vacant”, and there was a distinct absence of any noisy, running water. He was glistening, though, and his hair was dripping. Kate kept her eyes on his, although it was difficult not to glance down – almost impossible in fact – but he was watching her every movement, so she felt not only trapped, but compelled to keep eye contact…….’Hi,’ he said, and extended a hand towards her, ‘I’m Al.’**

I love that Jan Ruth’s novels are real life romances without being overly sentimental and cutesy. Al and Kate are older, interesting and complex, facing realistic situations and issues; dealing with grief, divorce, elderly parents and annoying siblings. I like Kate, and especially Al, very much and felt drawn to them both. Kate is good-natured and kind-hearted, Al charismatic and attractive. But as tensions mount and secrets threaten relationships, the emotional fallout could be devastating for them all.

Clever twists in the well structured storyline, non-communication, challenging and uncertain relationships make this a compelling family drama. The setting is wonderful and the characters are credible, fully fleshed out and well portrayed. Chapters alternating from Kate and Al’s points of view move the story along smoothly.