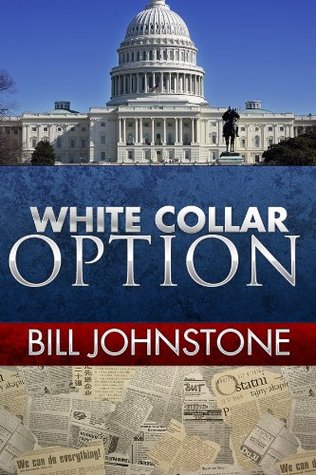 There is so much potential in the storyline of this novel. An English journalist, Mike McCabe, trying to live a peaceful life on his boat in London, is sent to Washington by his editor – a place he seems to want to avoid. The reason for his trip – A US senator, Charles McKinsey, has been shot in the back. Did he disturb an intruder, or is there something more sinister behind his shooting? And what about the near fatal car crash involving John Rochester – newspaper tycoon and owner of the paper that Mike works for?

Aided by a local detective and a young woman close to both the Rochesters and the McKinseys, McCabe’s investigation leads him into a tale of political intrigue, violence and conspiracy involving the financial sector and foreign interests.

A great storyline then, and a likeable, interesting and relatable main character – one of those journalists that you sympathise with, that you want to solve the case. I liked Mike and I was interested in the story. But I was rather disappointed in the execution.

I wanted to get straight into this story, but there is a great deal of ‘telling’ the story, a lot of back story. This is a political thriller – I want action and intrigue, snappy dialogue and a fast pace. A good honest edit to tighten the writing would have made this a far punchier read.

A good edit might also have highlighted the grammatical issues. Unfortunately the novel needs a really thorough proofread. Dialogue, in particular, is consistently punctuated incorrectly, and after a while this became a distraction, drawing me away from the writing.