Today’s team review comes from Cathy, she blogs at http://betweenthelinesbookblog.wordpress.com/ 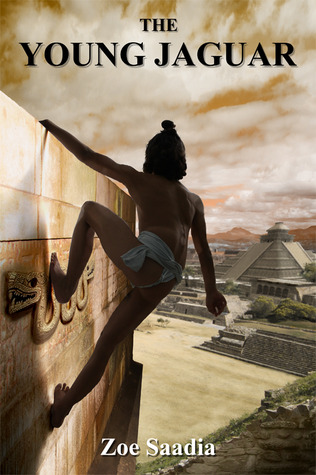 Fifteen years have passed since Tecpatl and Sakuna left the Anasazi people and returned to the capital city of Axacapotzalco in the Tepanec Empire. Now the Chief Warlord and with many successes on the battlefield, Tecpatl returns only to find the old Emperor, Acolnahuacatl, is dying. He is charged with supporting Acolnahuacatl’s choice of successor but two of the old Emperor’s sons are competing for their father’s title. Tecpatl and his family are caught in the middle of the conflict caused by the brothers.

Atolli, the oldest of Tecpatl and Sakuna’s three children, wants to excel in his military training in order to be accepted as one of the elite warriors and be like his father. But Atolli is reckless and headstrong and has been caught out in a serious misdeed, which he compounds by an even worse offence, bringing disgrace upon his family.

Atolli is drawn into the intrigue and politics between the old emperor’s two sons, as is his mother and father. The resulting situation helps him grow and mature. Atolli accepts he is in the wrong and works out a way to put things right without help, which makes his father proud. The city is in disorder and there is unrest everywhere. Tecpatl is forced by the scheming of others into a less than ideal situation and is compelled to choose between the two things he lives for.  Sakuna takes unorthodox measures to help her man, and all three are fighting against unfavourable odds.

The relationship between Tecpatl and Sakuna is intense, powerful and monogamous, which is unheard of, and doesn’t follow the customs dictated by the Tepanec tradition, putting them at a certain disadvantage with their peers. Sakuna is considered a savage, a barbarian by the people of Axacapotzalco and they cannot understand why Tecpatl refuses to take another wife, specifically one of Tepanec blood.  The marked contrast between Sakuna and the women of the time, how they are treated and regarded by the menfolk, also how they view and conduct themselves, is depicted perfectly by actions and during conversations.

The believable, well drawn characters, the realism of the setting and way of life are described in memorable detail, all evoking strong and clear images. An excellent taste of this pre Aztec period, breathing colourful life into a culture long since disappeared with an exciting, action filled storyline, beautifully woven together with the history of the time.