Barb chose to read and review Will O’ The Wisp by C.S Boyack 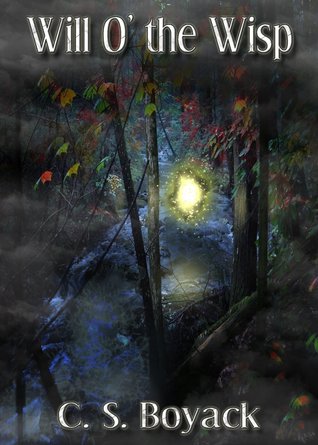 I want to tell you all about this great book I just read. It’s about a girl whose family has been systematically picked off for generations by… [Crap! Spoiler.]

Maybe I could just say that C. S. Boyack’s Will O’ the Wisp is about a girl who discovers that her legacy from her murdered uncle is… [Darn! Again with the spoilers.]

Okay, let’s try this. Patty Hall is a fifteen-year-old high school freshman in the mid-1970s. She and her two best friends are the outcasts at Burkeford High. Laura was the tallest girl in their junior high, while Petey (“Just Pete now. We’re in high school and it’s time to grow up”) is one of the few black students at their Virginia high school. Patty herself has worn leg braces all her life, leading to the nickname Quacking Boot.

Like any coming-of-age story, Patty has conflicts with her mother over the braces—and of course, just about everything else in her life. She taunts her stepfather Rick with “I’ll bet my dad would’ve helped me out.” Her brother can’t help because he’s fighting in Viet Nam. Her two friends are moving away from her socially, with dates for the Homecoming dance. So she dreams of becoming an astronaut, freed from weak legs in the weightlessness of space—even though she realizes that all the astronauts were products of military schools that don’t accept women.

But this isn’t just a tale of angst-ridden teens overcoming handicaps and prejudice. When Patty and Pete stumble on a group of college students partying in the woods, they’re horrified to see one of them attacked by a glowing ball of light. As more deaths target her family, Patty’s search for information about the weird light becomes tied to her research into local and family history for the freshman report, her high school’s critical first-year assignment. She learns that her family has always seen the strange lights, which they call Will O’ the Wisp. She also starts to put together the untimely and unusual deaths of her father and almost all of his family back to Reverend Jonathan Hall, an early settler from more than three hundred years earlier. But Patty’s research becomes much more urgent when she realizes that she, her family, and her friends are also targets.

So far, all of that—glowing orbs of light, infected victims coughing up gallons of mucus, victims drowning on dry land—sounds like tales you’d tell around a campfire to scare your friends. But that’s where author C. S. Boyack changes the equation. He takes the Judy Blume-meets-Stephen King mashup and turns each trope upside down.

If it was just the ghost story, I’d give this three stars for chills and some good suspense. But the way Patty grows over the short term of the story from a typical, whiny, self-centered teen to a… [damn! Not again..] I-can’t-tell-you-what-but-I-loved-it!, combined with the lovely touches that were so perfectly mid-1970s, makes this a five star read for me. If you like coming-of-age YA, or know a reader who appreciates a good ghost story, I wouldn’t hesitate to recommend Will O’ the Wisp.